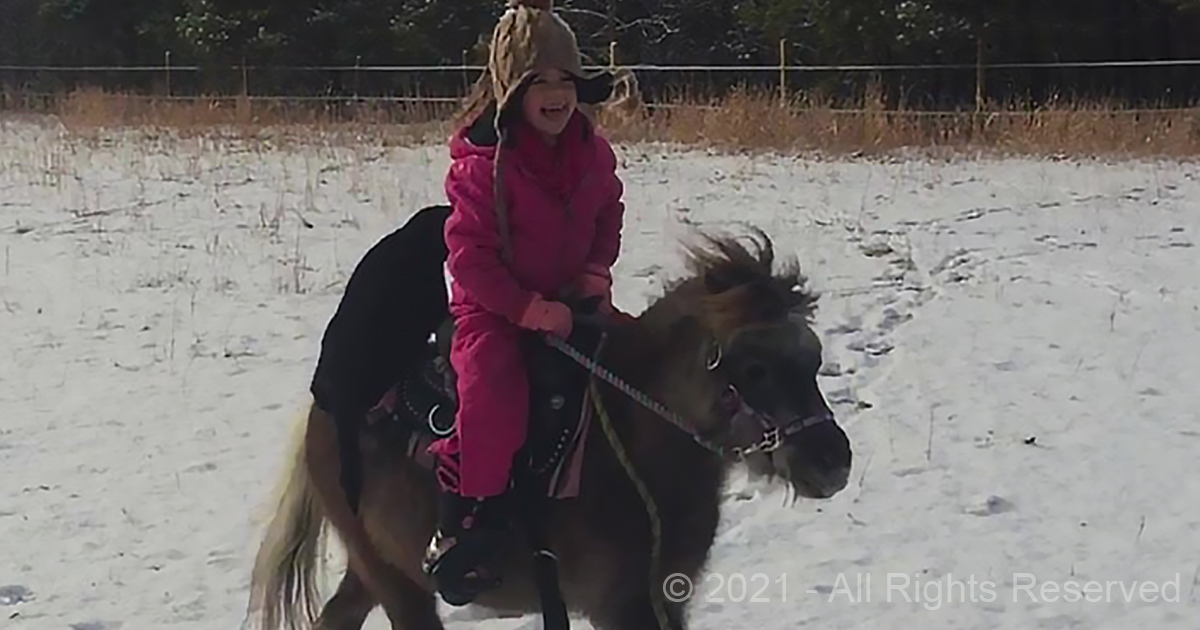 Anyone who owns horses will tell you how cats and horses are often the best of buddies. Many a horse in their stable has been soothed and calmed by the presence of the stable cat. It’s odd why two such different creatures would find each other’s friendship so comforting, but their dependence on each other’s company can be very touching.

A little equestrian called Abigail recently discovered that her 28-year-old miniature pony, Gallant, had a solid friendship with her black cat, Dude. The trio has been filmed, out and about riding together, literally, on the family ranch.

The six-year-old girl can be seen in this video riding her little pony against a crisp, snowy backdrop, having an enjoyable time. Then the child and her mother encourage the cat to get on board too, and he doesn’t need much prodding. In a blink, Dude jumps up onto Gallant’s rump, behind Abigail’s saddle, and settles down for a bumpy ride.

Little Gallant doesn’t appear at all phased that he has an extra passenger as he trots merrily off across the barnyard with his best friends enjoying the ride. The two creatures clearly trust each other and their little girl. 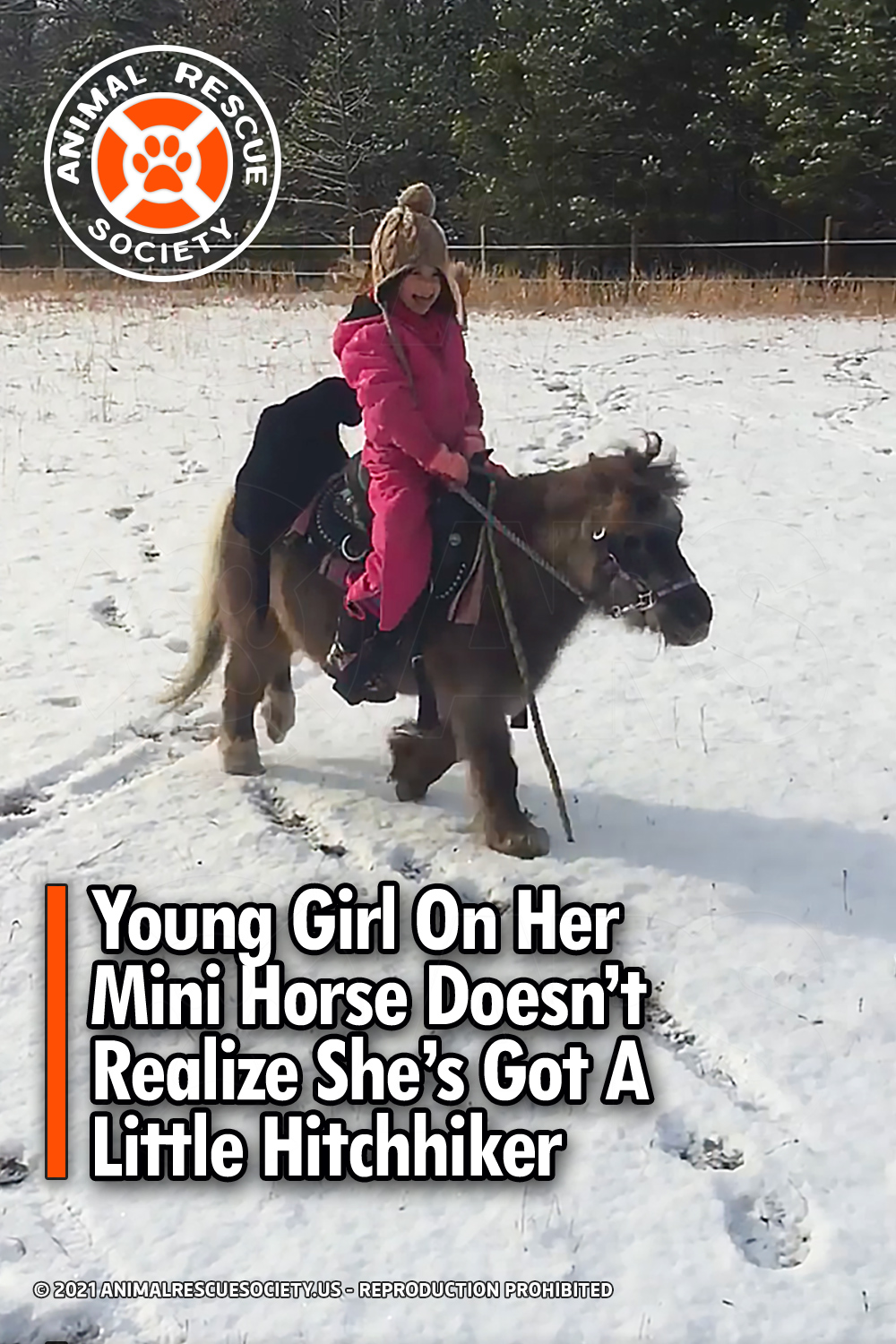