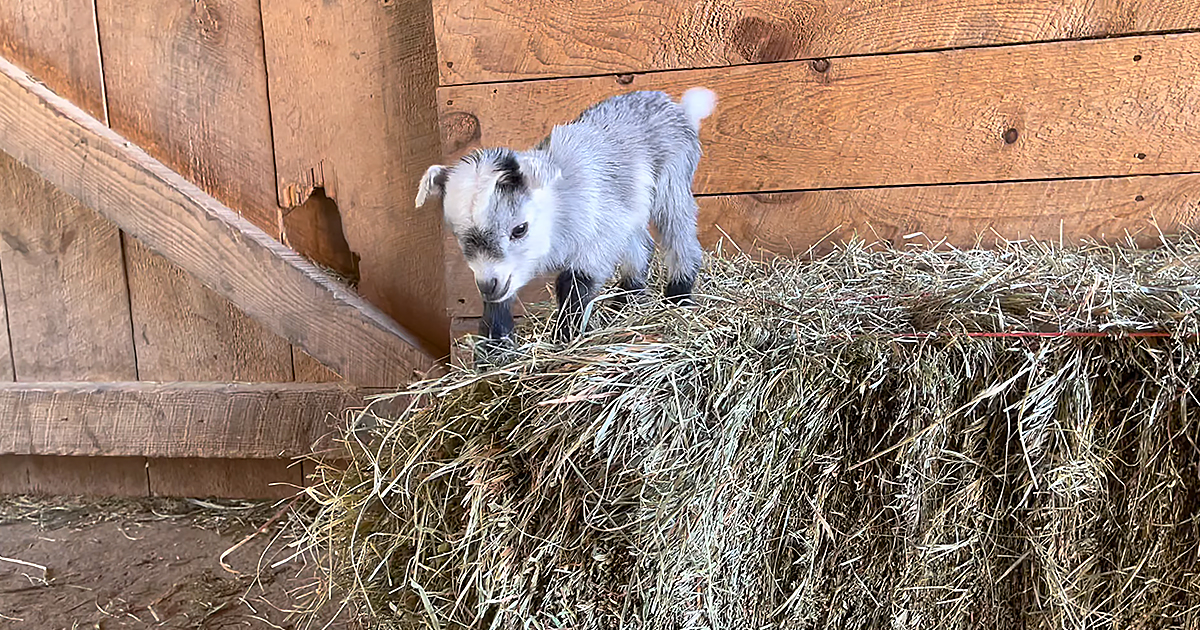 Sunflower Farm Creamery welcomes many new baby goats every season. Of the babies this past season, little Rey may be the cutest. Born on May 4th, she was named for a ‘Star Wars’ character.

Of all the goat babies born, Rey was the tiniest, weighing only 29 ounces. She is a light gray color with floppy ears, reminiscent of a terrier’s. She has black coloring on her legs that makes it look like she’s wearing knee socks.

Rey also has one wattle, a hair-covered appendage of flesh dangling from her chin. Most goats have two wattles, but Rey only has one, which also singles her out from her siblings.

In this video, Rey is only three days old. She spends the morning napping in the sun. Then she gets herself onto a large hay bale and takes a few bites, but she isn’t sure about getting down.

Rey walks to the edge of the bale but softly bleats, wondering how to get down. Finally, she slides off and lands on her feet. The baby goat doesn’t yet know that she’s equipped with excellent landing ability.

After acing the dismount, Rey jumps around with pride. She catches up to her mother and competes with a larger sibling to get a chance to nurse. Rey doesn’t have too long as her mother stands still for more than a minute or two.

The farmers love this tiny goat but have promised to give her to a woman who runs a dog rescue. They are happy Rey will move to a good home and think it’s sweet that Rey has puppy dog ears to match her new friends. 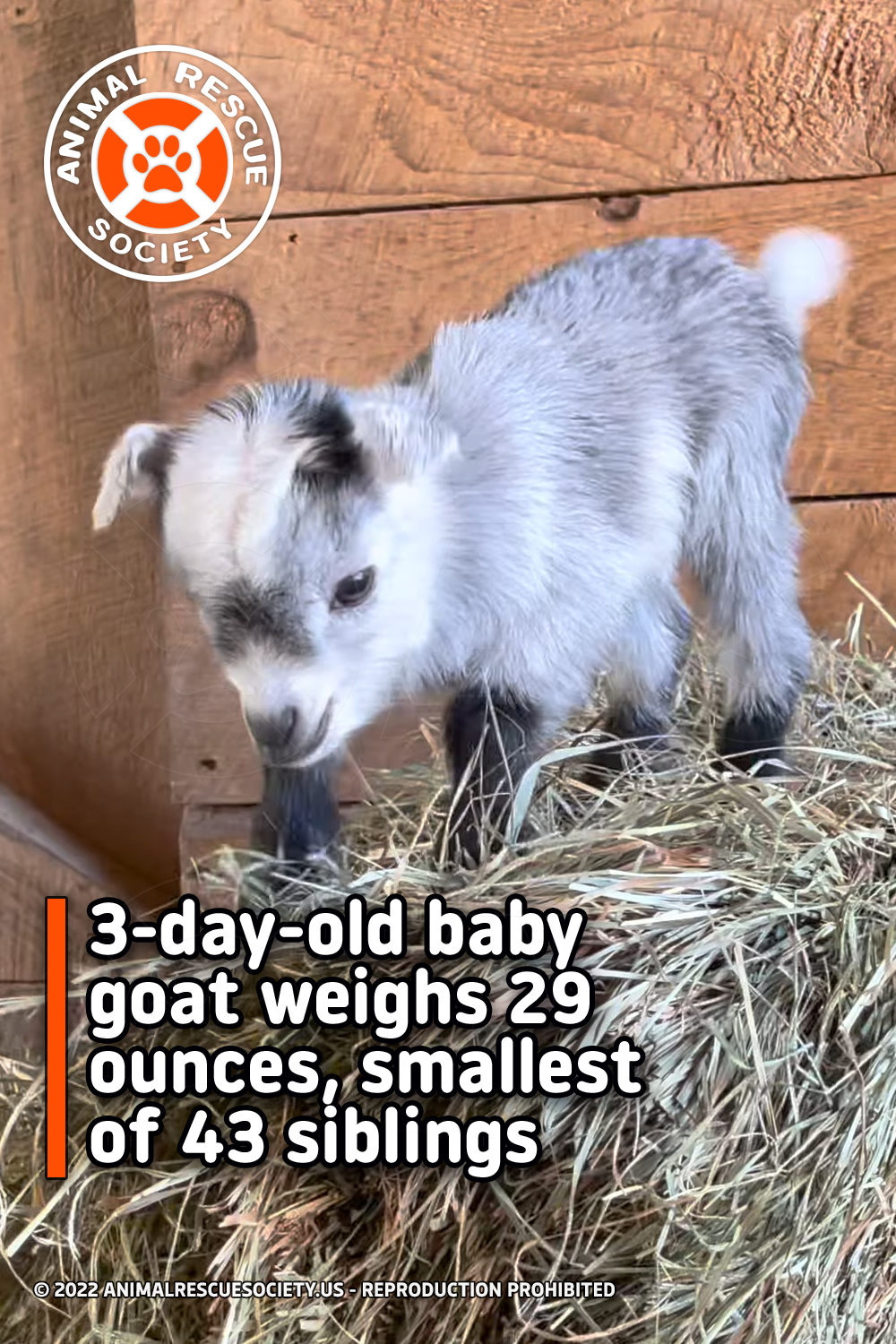