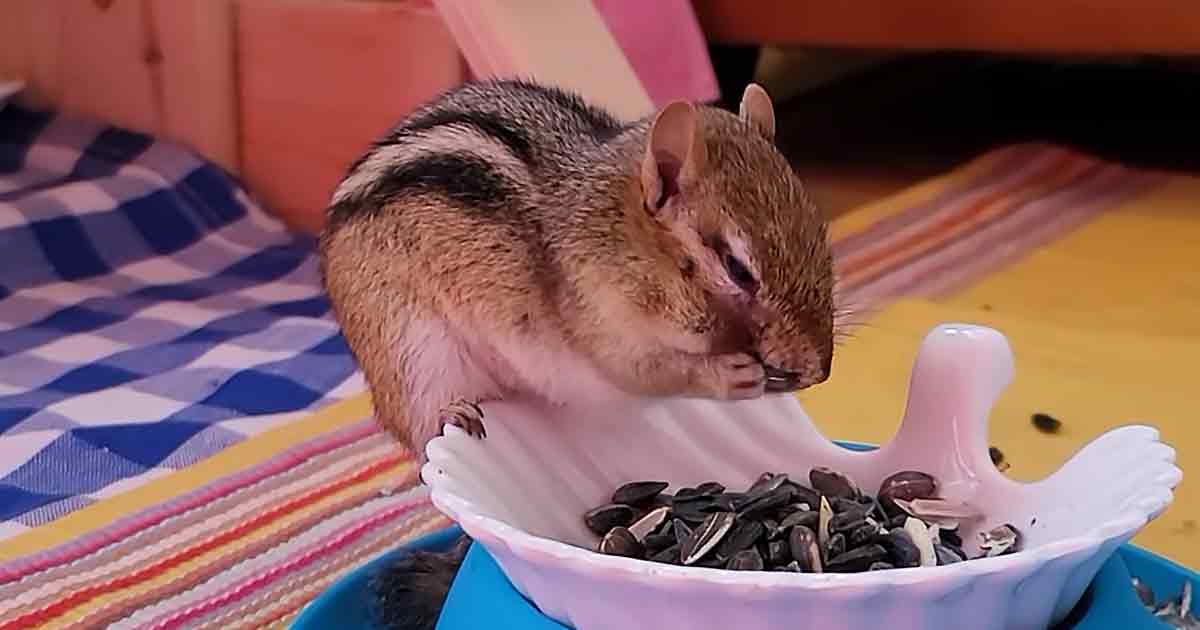 If you have ever seen a chipmunk before, it was probably on TV or from afar, but this lucky woman in Korea saw a wild chipmunk up close. The adorable little one’s name was Chucky.

Not only was Chucky comfortable enough to come within feet of this woman, but he also would come into her home for the occasional snack. One day, he came inside to snack on some nuts.

While he was munching on an almond sliver, Chucky started to slow down. His eyes got that glazed, far-off look that kids get when they have stayed up past their bedtime. Little Chucky was so tired he even dropped his almond.

But with a mound of delicious nuts and seeds in front of him, he pushed through to snack on a few sunflower seeds. Knowing he would not fall asleep perched on the edge of the bowl, the woman urged him onto the blanket beside his bowl of treats.

Chucky’s blinks got even longer and longer, but he kept peeling sunflower seeds and eating them. With winter coming soon, he needed to put on as much weight as he could to help him hibernate through the winter.

With his snacking finished, Chucky went to the little home set up for him to drink some water and enjoy a nice “dirt bath” in a plastic container the woman had set out for him.

After checking for his favorite mealworm treat to make sure he had not left any behind, Chucky made his way back outside. Once he was back in his real home, he could take the nap he so desperately needed. 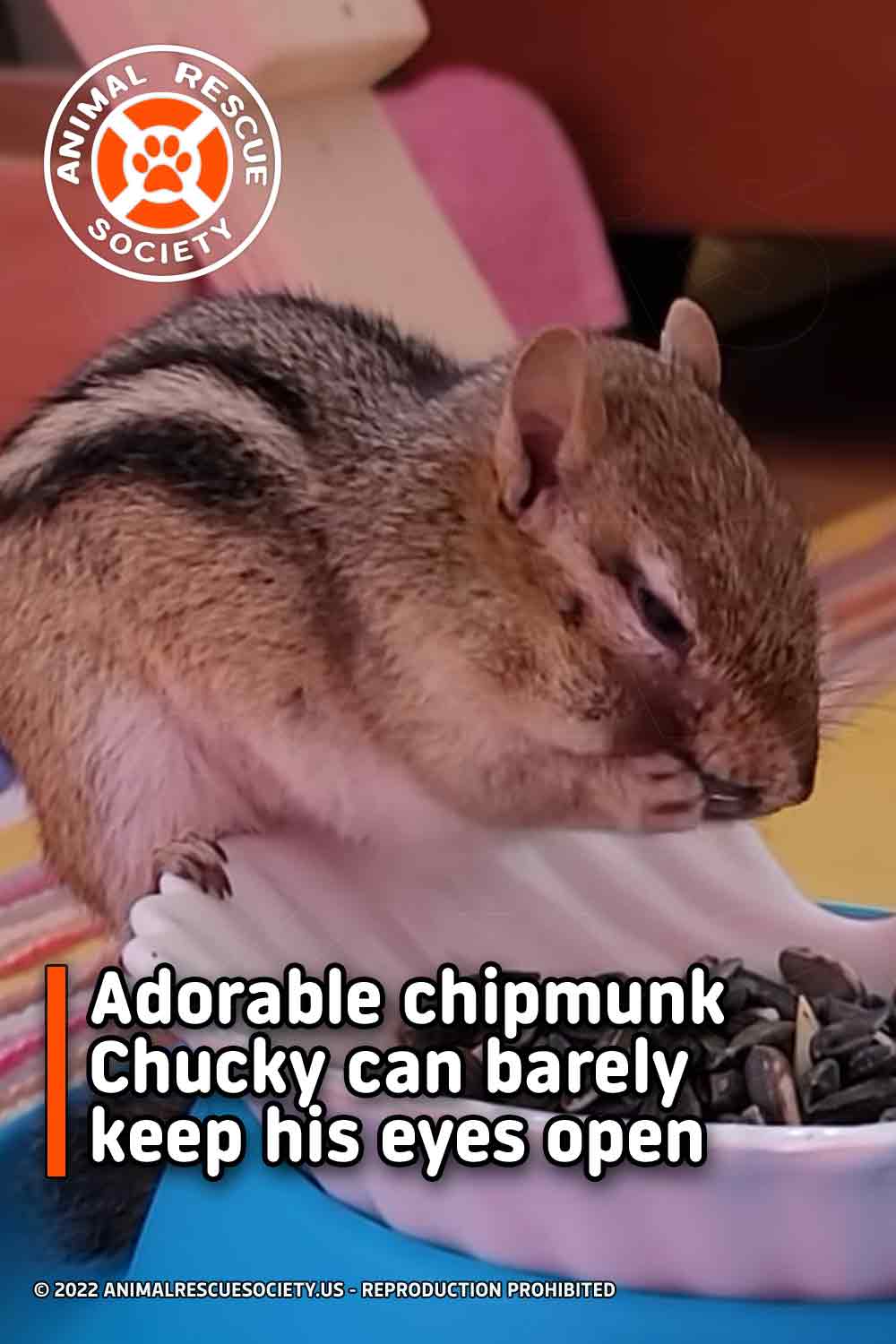