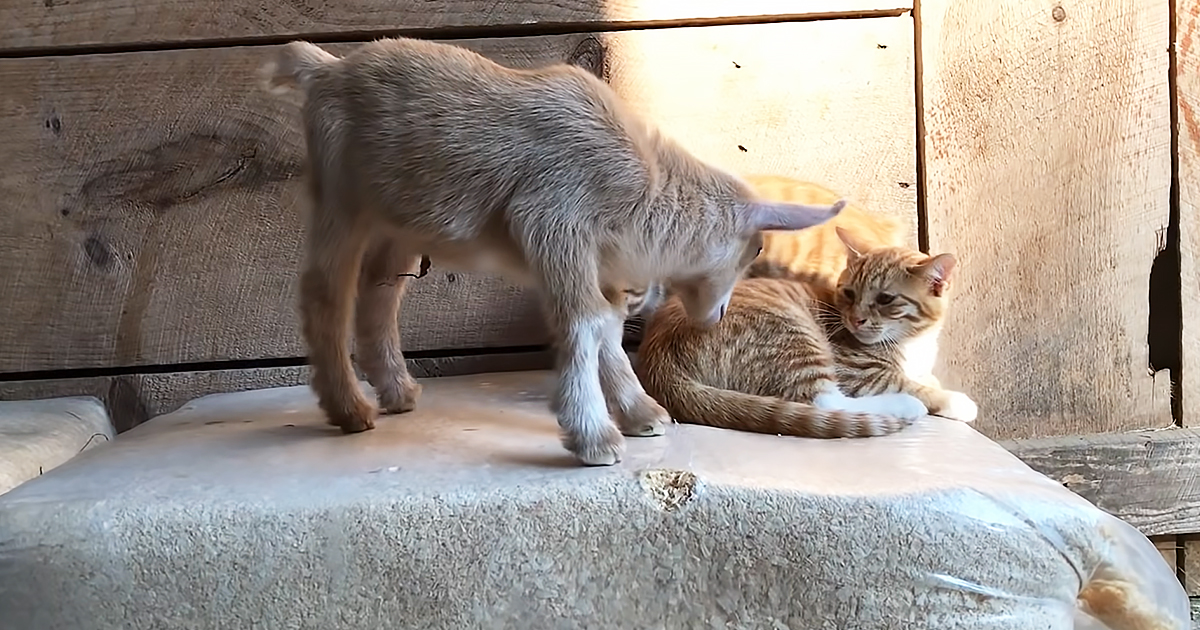 Most people think of the proverbial cats and dogs when it comes to unusual animal friendships. But what about cats and goats? This newborn goat decided that these adorable barn kittens would be his first friends.

At just two days old, Hector, the Nigerian Dwarf goat, decided it was time to meet the newest feline residents at Sunflower Farm, but before he did that, he had to get the permission of the kittens’ mom.

After a quick check-in, the real challenge began. Somehow, he had to get onto the hay bale. While the kittens watched with a mixture of curiosity and feline indifference, Hector set to work.

While his mother watched from over her stall, Hector jumped again and again, but the little hay bales looked like they might be too tall for his short legs. Hector was determined to succeed.

In a moment that will make you want to cheer, Hector finally climbed up onto the hay bale and greeted the other fur babies. Unfortunately, the other kitties were not quite ready for their new friend.

With the impromptu playdate over, Hector returned to his protective mother. When one courageous kitten decided to check in on the newborn goat, Hector’s mom chased him off.

It looks like it might take a little time for these two species to befriend one another. Until that time, at least one thing is sure. Goats and cats have adorable babies! 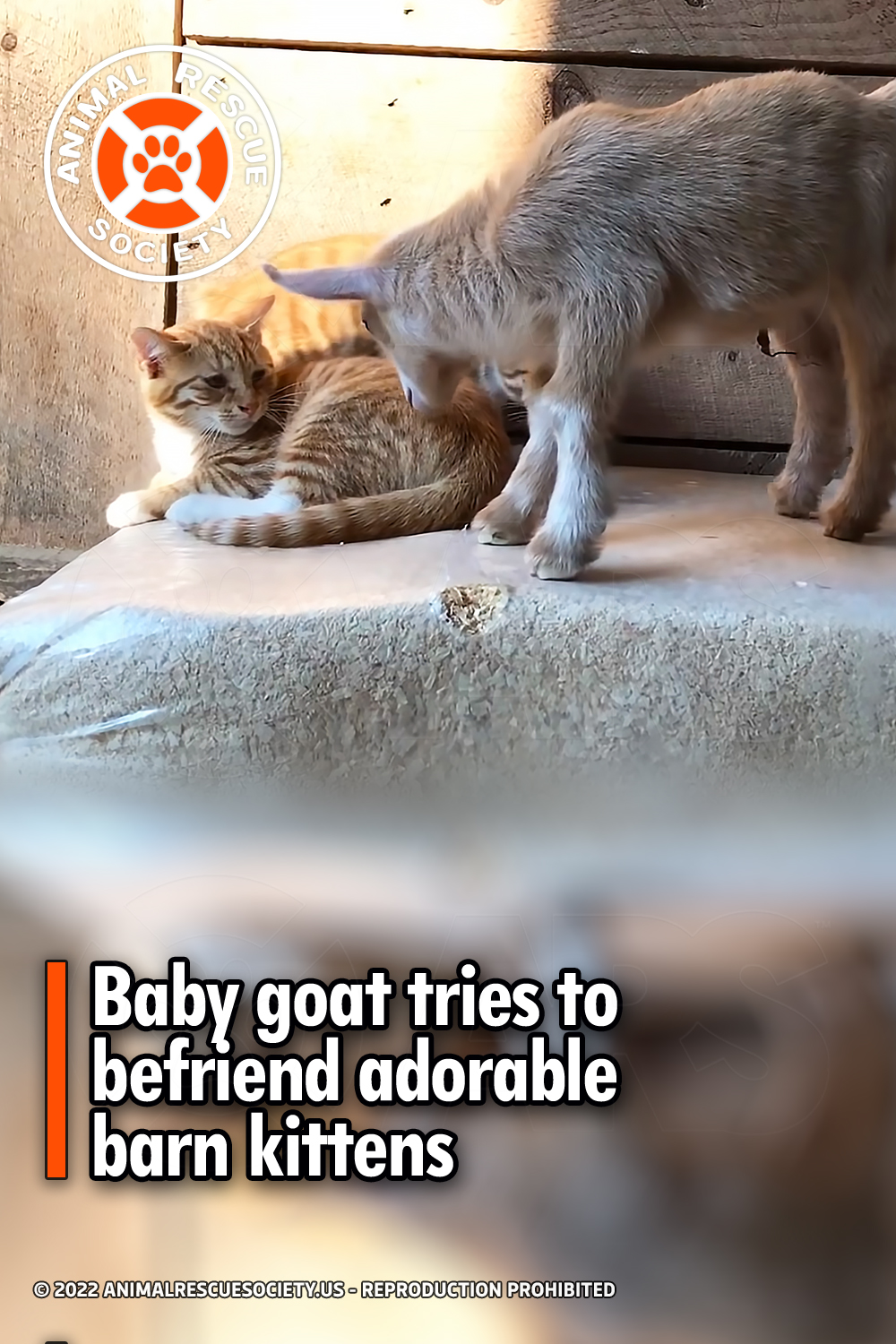