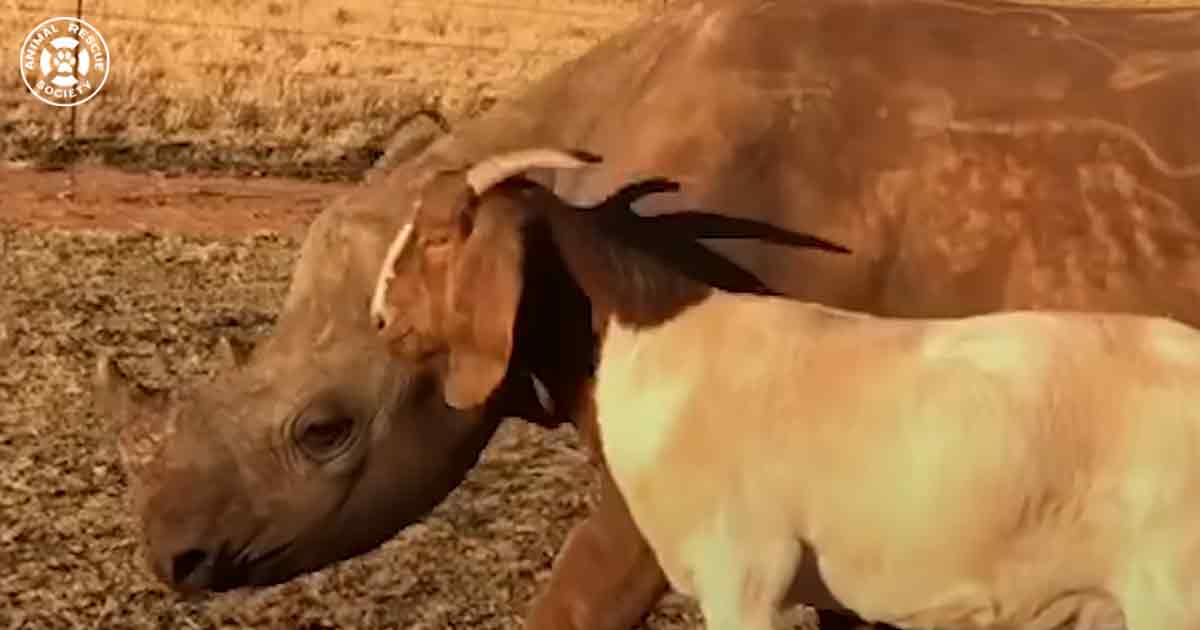 When Patrel from the Care for Wild Rhino Sanctuary first found the baby rhino, Swazi, the little one was alone. After her mom abandoned her, Swazi had no one to turn to, and she needed help.

So, the team of rescuers captured the solitary baby rhino and loaded her into a helicopter. And once they were back at the sanctuary, they began providing care for the baby rhino.

But there was one problem. No matter how much Patrel and the other caretakers socialized with the baby rhino, little Swazi remained despondent. She was still too small to live with the other rhinos, and while her physical strength improved, her emotional state remained the same.

Then one day, Patrel and the rescue team had an idea. The team introduced rescued a goat named Bokkie to Swazi, and the two immediately became friends. For Patrel, the best part was seeing Swazi happy.

“You could see Swazi was starting to get a spring in her step,” said Patrel. With her new friend around, Swazi got the rhino equivalent of zoomies. “Seeing her do little run-hops was so exciting and such a relief.”

At the sanctuary, Swazi and Bokkie developed a routine together. In the mornings, they raid the sanctuary for food, and in the afternoons they go on walks where Swazi could enjoy mud baths. And while Bokkie was not convinced about the baths, he was right by her side the whole time.

As Bokkie and Swazi got older, it was time to introduce them to their kind, so they could begin growing families of their own. “Thanks to Bokkie, an unlikely friendship, Swazi got a second chance at life and got the happy ending that she deserved,” said Patrel. 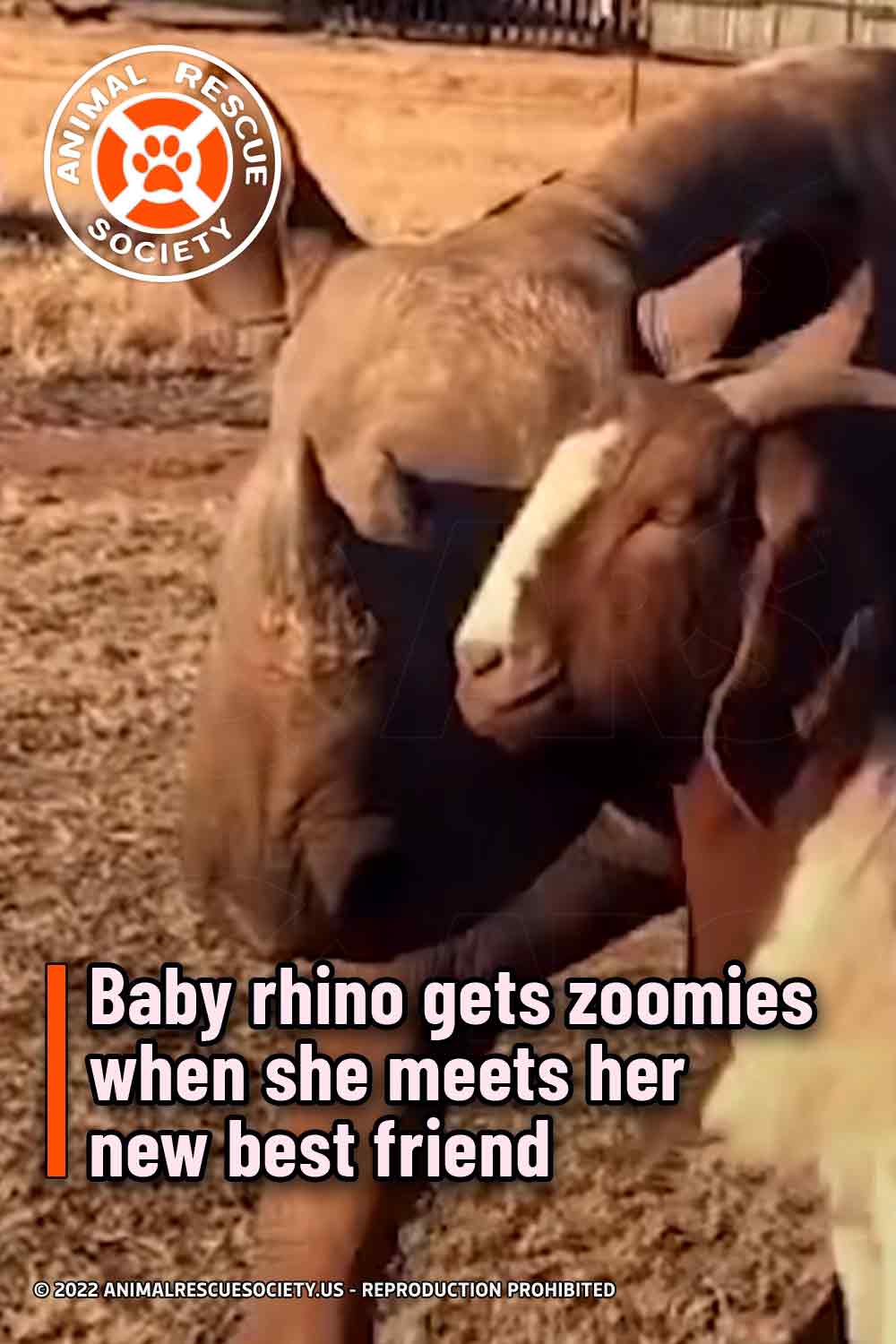