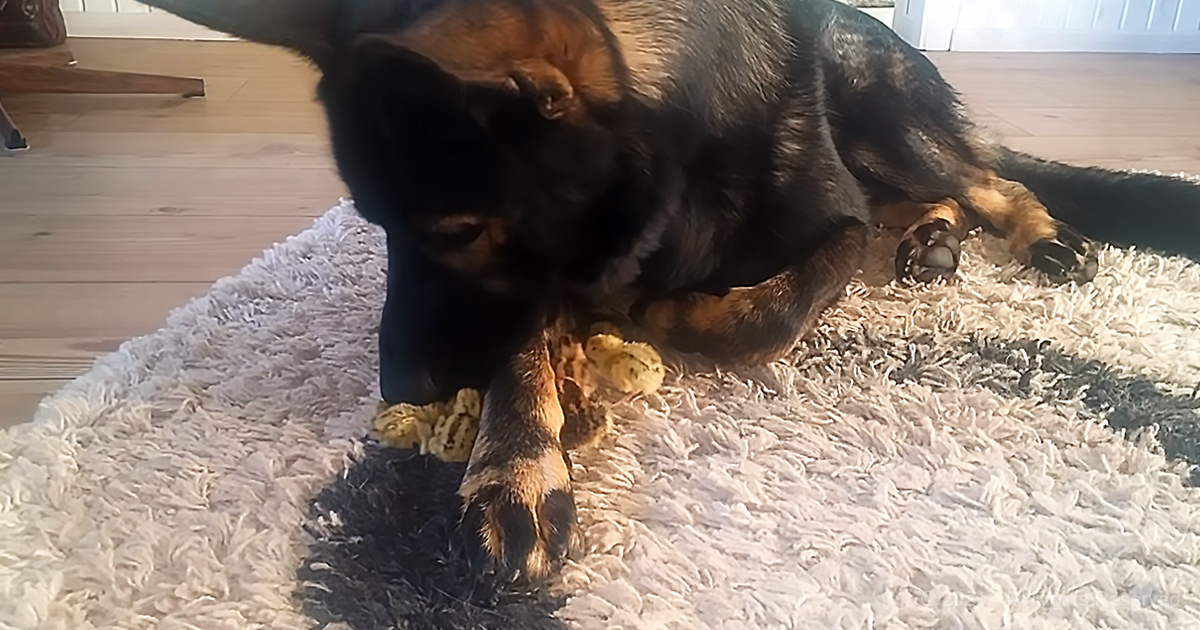 Baby birds and hounds are usually not a good combination. However, a mild-mannered German Shephard, called Thorin, provides an exception to this rule in this adorable video. It shows Thorin sniff out a bevy of baby quails, which immediately looks like it might end badly for the helpless chicks, as Thorin licks his lips and goes in for a closer inspection.

Then something magical happens. Thorin gently lays down beside them and stands guard over them. He’s so relaxed around the lovable birds that he even licks them clean and remains totally calm when they start to climb over him.

Of course, German Shepherds are considered to be one of the most intelligent breeds of dog. They’re intensely loyal to members of the family and other pets, but often have a keen dislike of strangers, making them one of the most popular dog breeds in the United States. They’re often used by law enforcement and similar industries due to their willingness to put themselves in danger to protect their family.

We’re sure that Thorin will protect the adorable quail chicks from any potential thieves, although he, and they, have already stolen our hearts! 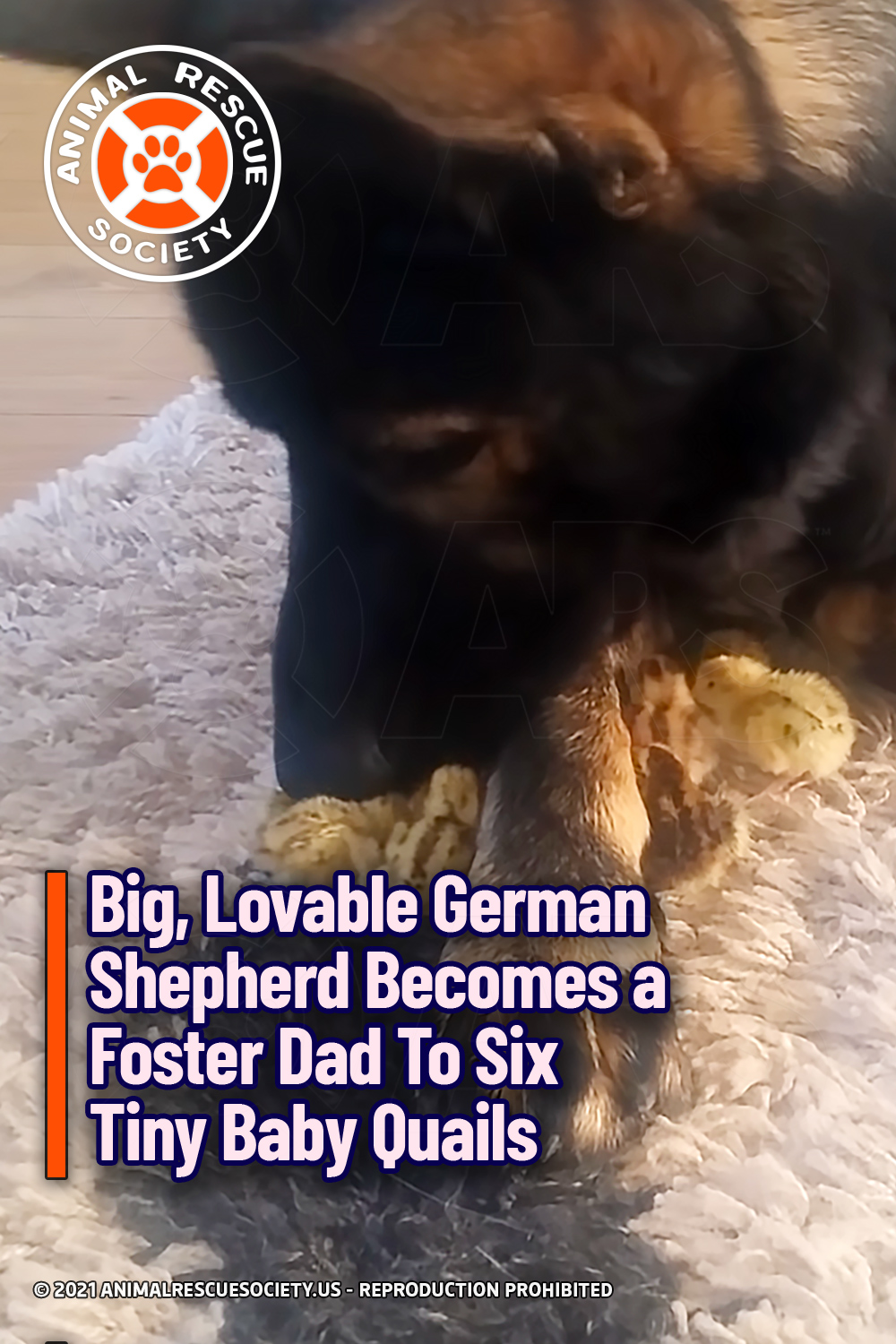