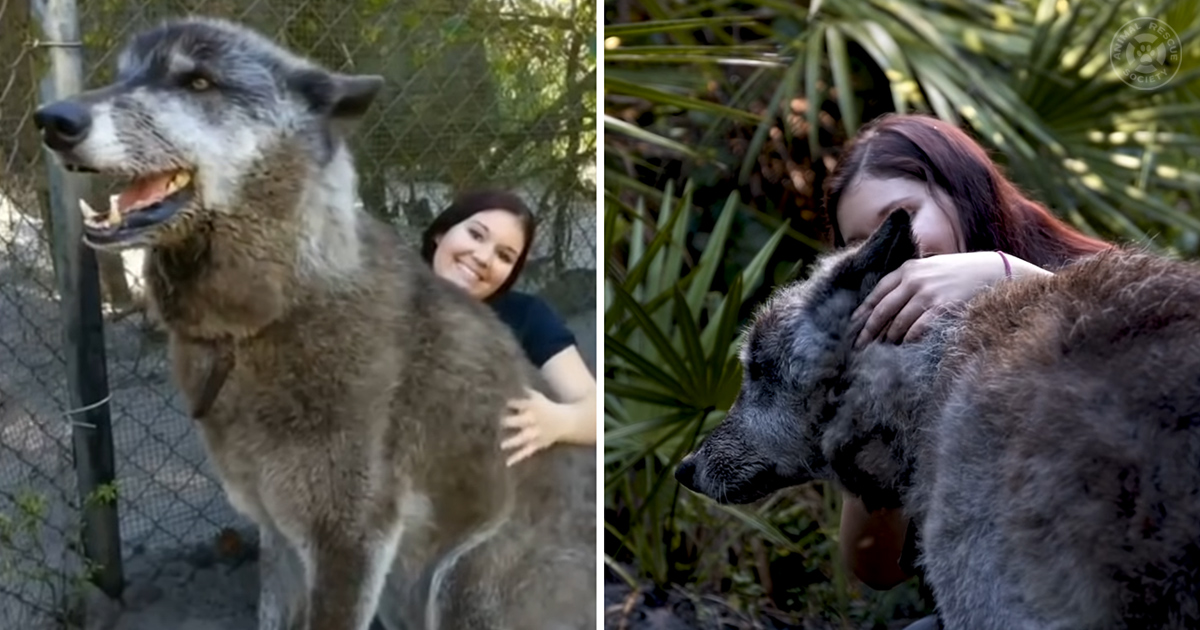 Yuki’s story begins in Naples, Florida, where he was dropped off at a shelter at only eight months old because his owner couldn’t handle him. Luckily, Shywolf Sanctuary was there to take him in.

“We rescued him from a failed house pet situation. Someone purchased him from a breeder and realized he was too much to handle,” said sanctuary volunteer Brittany Allen in an interview with Bored Panda. “They dumped him at a kill shelter at 8 months old. We stepped in and provided a home for him and he has been with us ever since.”

Not long after, the volunteers at Shywolf noticed that Yuki was growing way bigger than any dog would, so they decided to get a DNA test done. And lo and behold, it turned out that Yuki was 87.5% Gray Wolf, 8.6% Siberian Husky, and 3.9% German Shepherd.

It was only recently that he became a viral sensation when Brit Allen, one of the few volunteers that can work with him, posed in photos with him and posted them to social media. The difference in size between the two was shocking, to say the least, and the reactions were varied.

“Why does he look much more terrifying than a full-blooded wolf?” one Instagram user asked while another user joked, “Run while you still have a chance.” Most of the commenters simply remarked on how beautiful and majestic he looked.

Although the reactions to Yuki were mostly positive and humorous, some were skeptical of the authenticity of the pictures, claiming that they were photoshopped to make him look bigger.

According to Allen, they have not been photoshopped but she does agree that the angles and perspective might make them somewhat misleading. Either way, Yuki is living his best life and that’s all that matters. 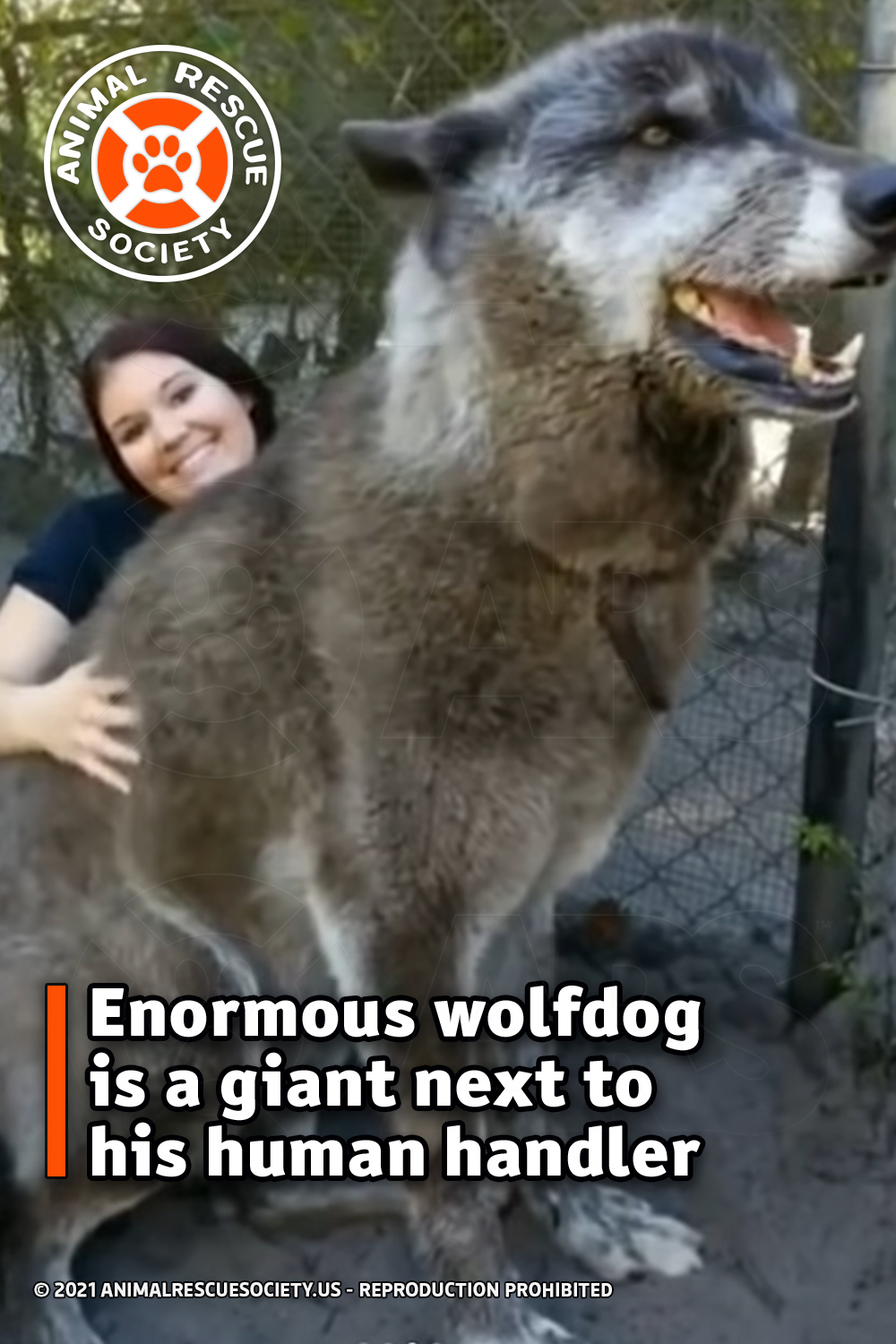