Fate has a habit of stepping in and making the events in life come full circle. Such is the case with Jabulani, a 23-year-old elephant bull, and the abandoned baby elephant Khanyisa. This injured albino elephant calf came into the care of Hoedspruit Elephant Rehabilitation and Development (HERD) just ten days before this fateful meeting.

Jabulani walked over to see the baby elephant. The pair stared quietly at one another for what felt like an eternity. I wonder if Jabulani recalled his fight for life as an abandoned elephant calf. When he was five months old, back in 1997, Hoedspruit Endangered Species Centre (HERC) discovered him in a man-made mud hole. It was clear from his injuries that his herd had tried to save him, but ultimately had to leave for the sake of the rest of them.

They tried to introduce Jabulani to a wild herd of elephants once he was weaned, but that proved unsuccessful. Since elephants are herd animals, his caretakers were worried about what to do. However, in 2002 Lente Roode of HERC was approached to help rescue a herd of elephants from Zimbabwe. They welcomed Jabulani and have been together ever since. For Adeline, Lente Roode’s daughter, and the woman petting the albino baby orphan on the head during this morning meeting, the moment must have felt like destiny.

After staring at one another, the elephants part ways. Khanyisa is suddenly interested in the bright blue umbrella that one caretaker is holding. She wraps her little trunk around it, trying to take it from him, while Jabulani watches from a distance. 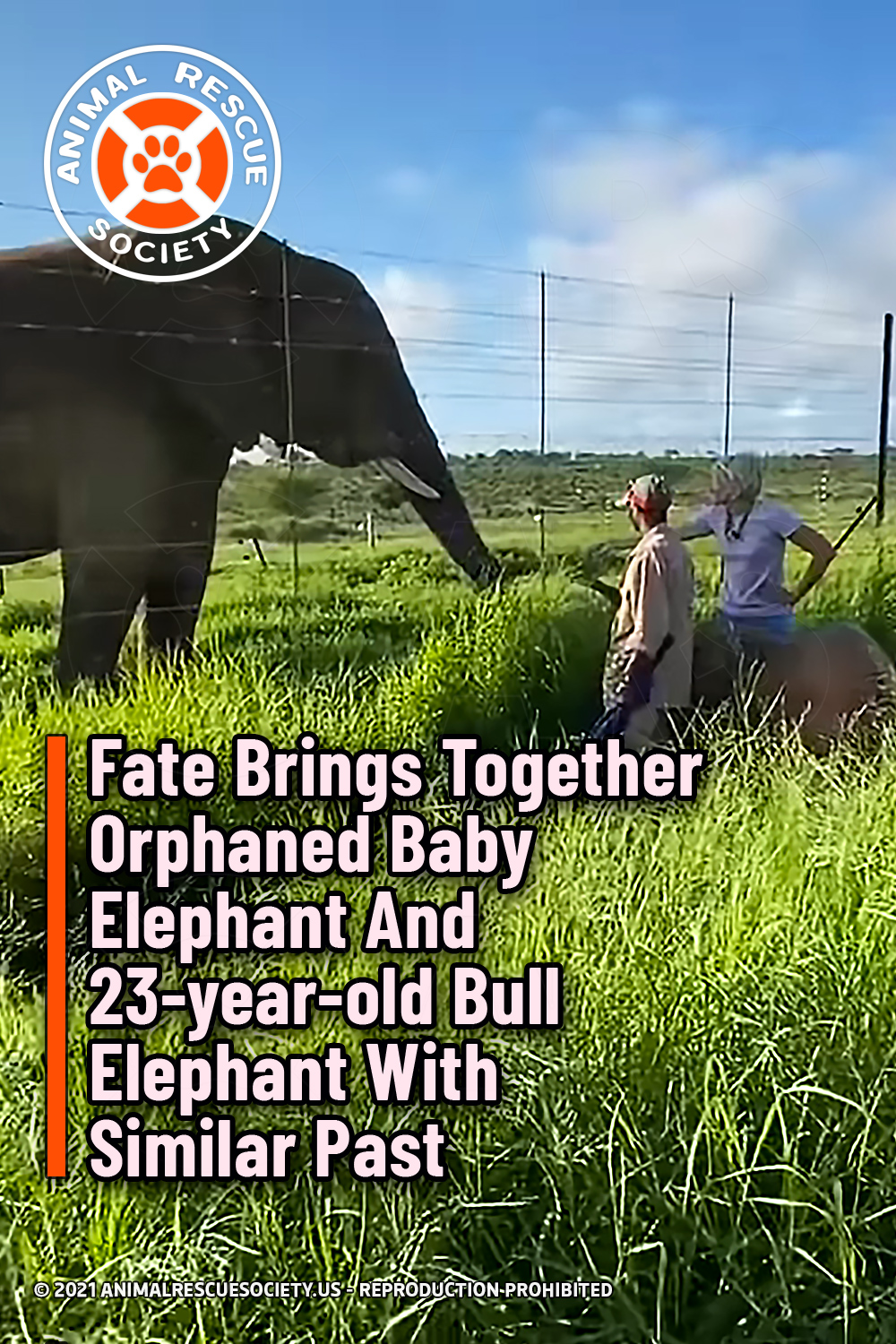