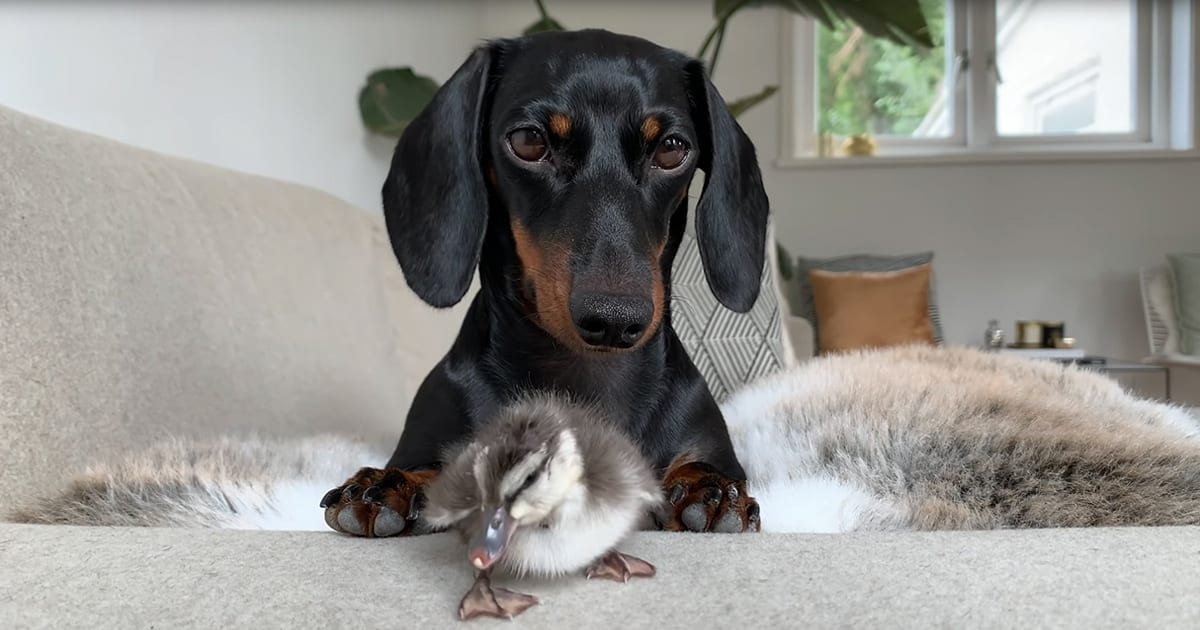 There’s nothing cuter than two animals who can’t get enough of each other’s company. A precious Dachshund can’t help but befriend his new friend when his family takes in a wild egg they found in their yard.

Loulou is a beloved pup on the internet who has hundreds of thousands of fans. His adorable videos can make anyone smile, no matter how bad of a day you’re having. His family adopted Callonetta ducks a few years ago, and one day they found a surprise.

There were eggs in the ducks’ cage, and the family decided to bring one inside and incubate it. From the moment it hatched into a healthy duckling, Loulou fell in love. He’d sleep right next to the baby duck’s container and wag his tail in excitement.

The unexpected duo loves to cuddle together, and Loulou even gives the precious bird a few kisses. It’s beautiful to see two creatures who usually wouldn’t be paired together form a unique and adorable bond. 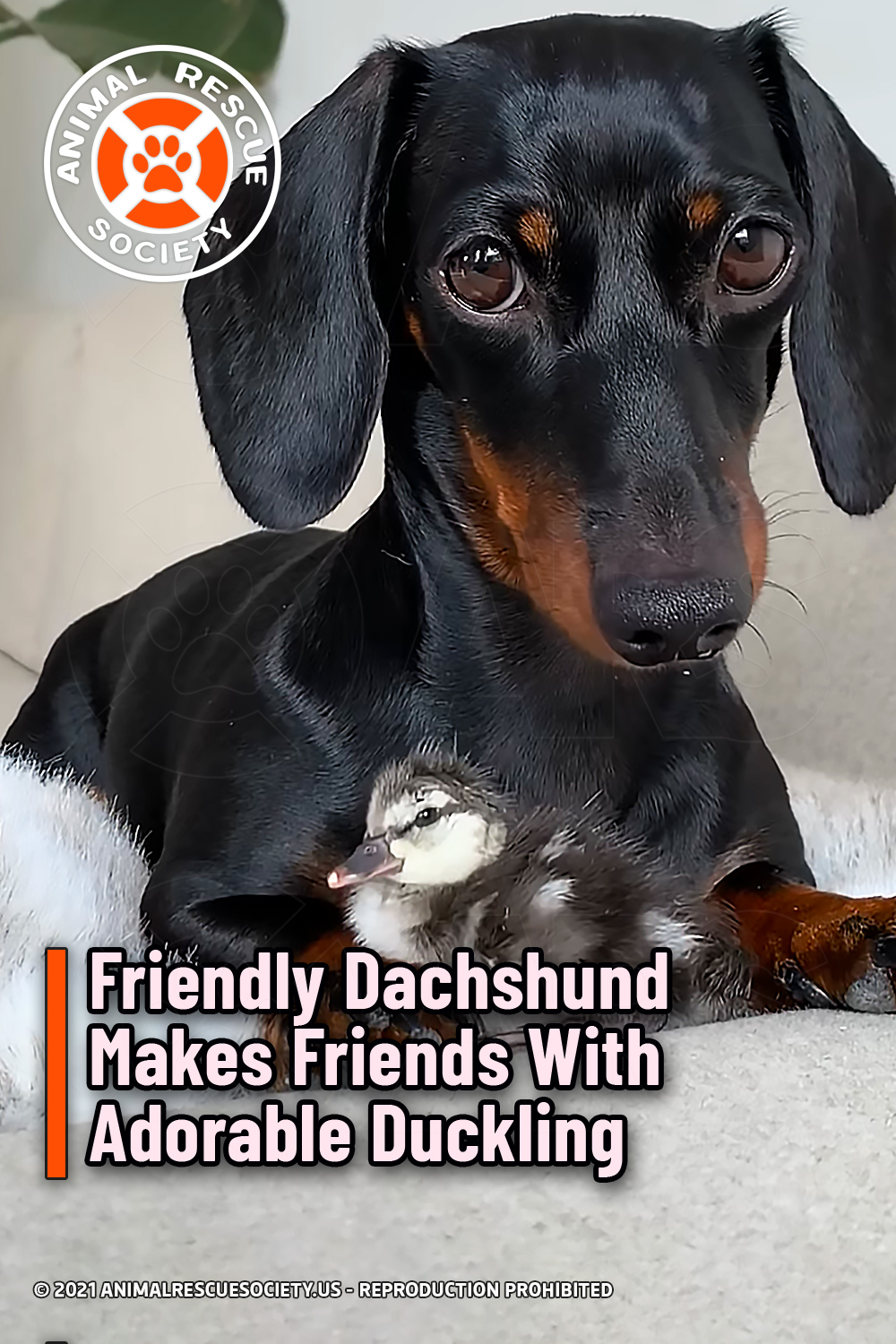