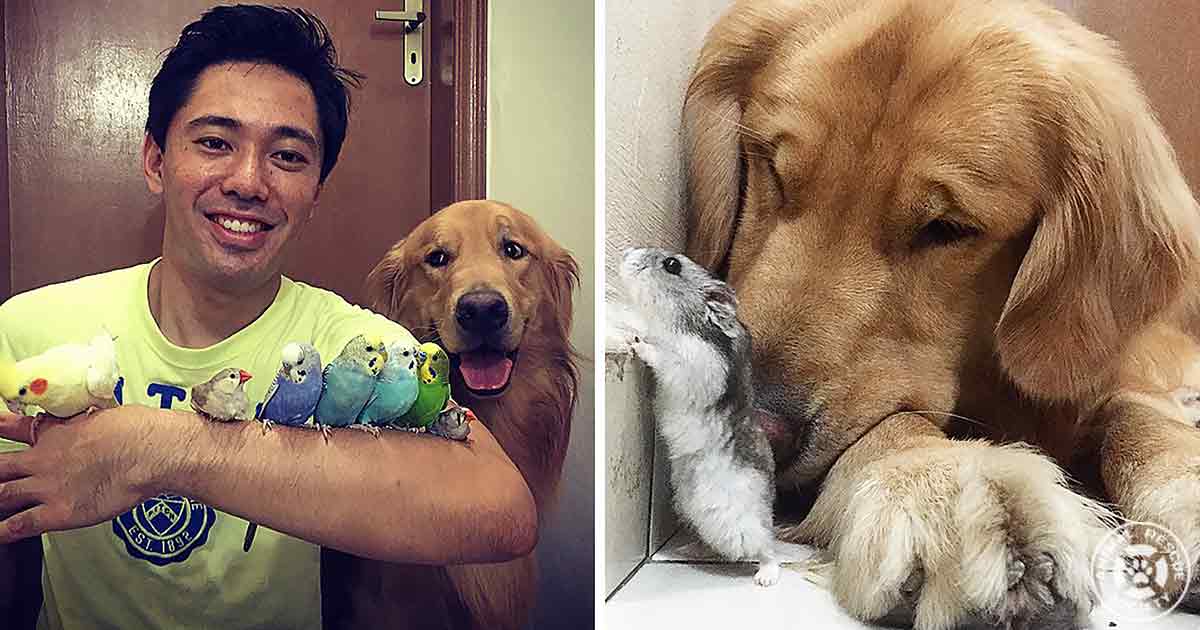 Golden Retrievers are often seen as one of the friendliest dog breeds out there, and this story only reinforces that claim. After all, there are few other dogs out there that can boast about having eight birds and a hamster as best friends. 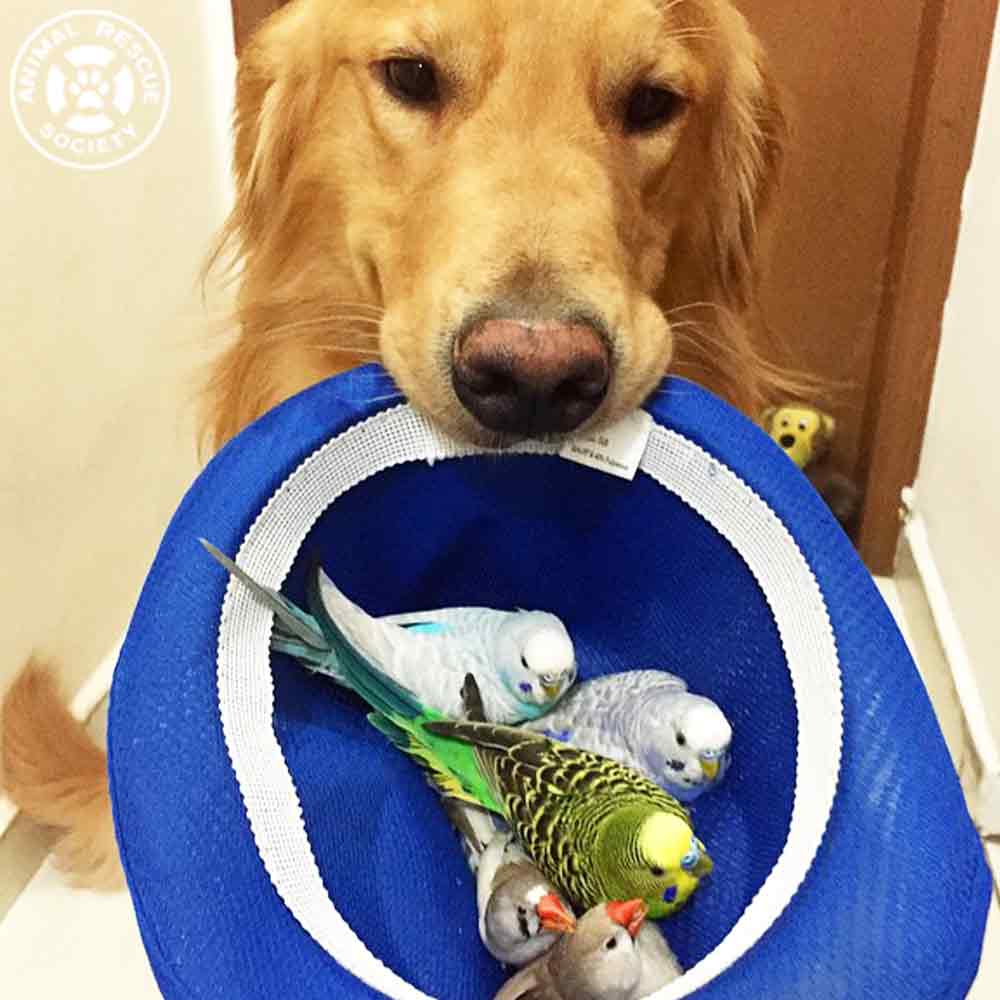 Bob the Golden Retriever might be the largest of his friend group by at least an order of magnitude, but as far as this kind-hearted dog was concerned, he was just like the rest of his buddies. 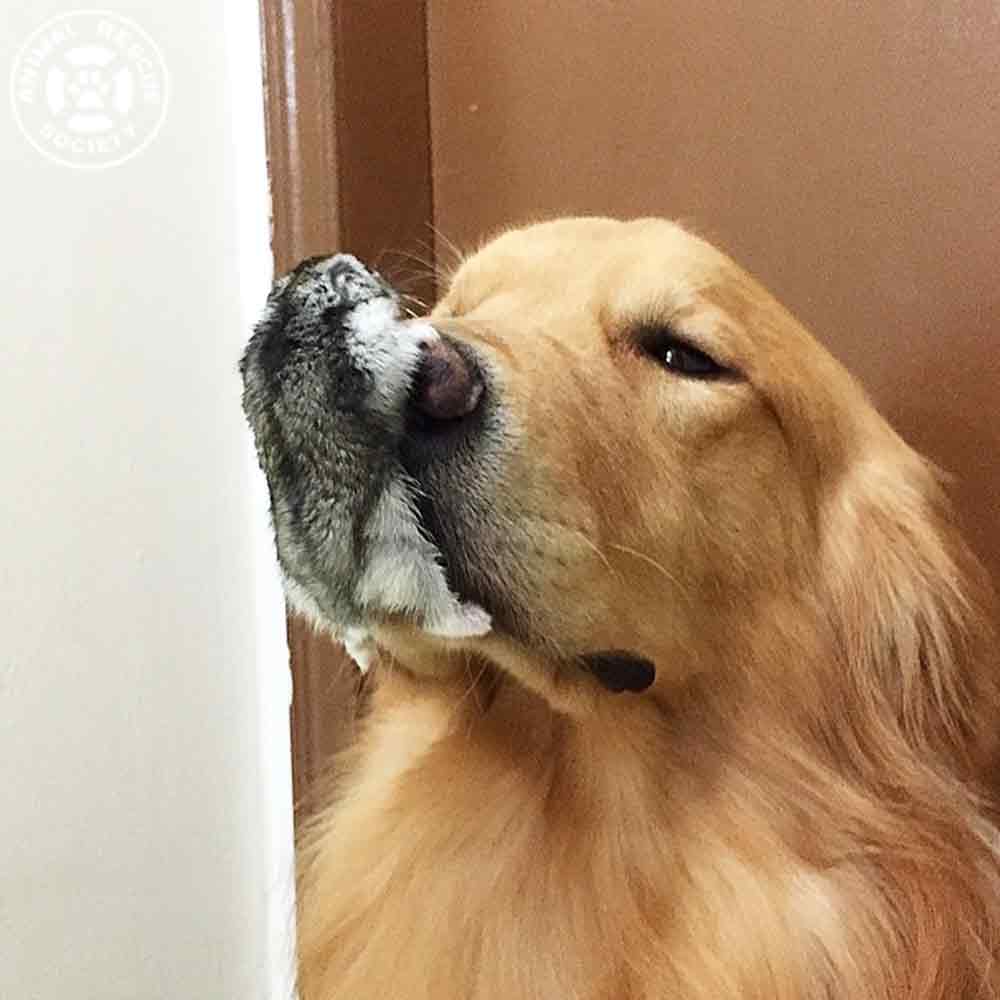 Most people love Golden Retrievers because of their compassion and loving nature. Bob was the perfect example of this. Bob was content whether his friends were perched on his head or resting against his nose. 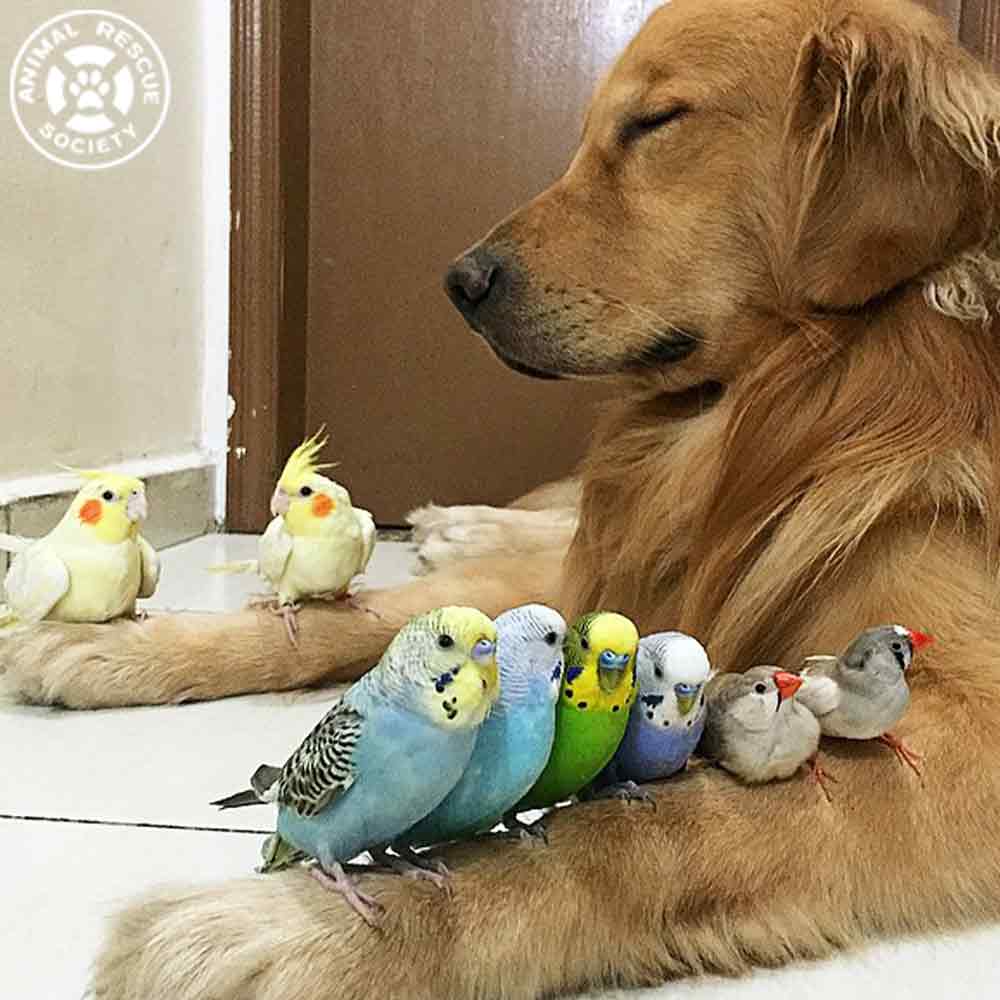 It is clear from these photos that Bob the Golden Retriever’s owner raised all of his animals to be a loving family, with Bob as the foundation holding all of them together. 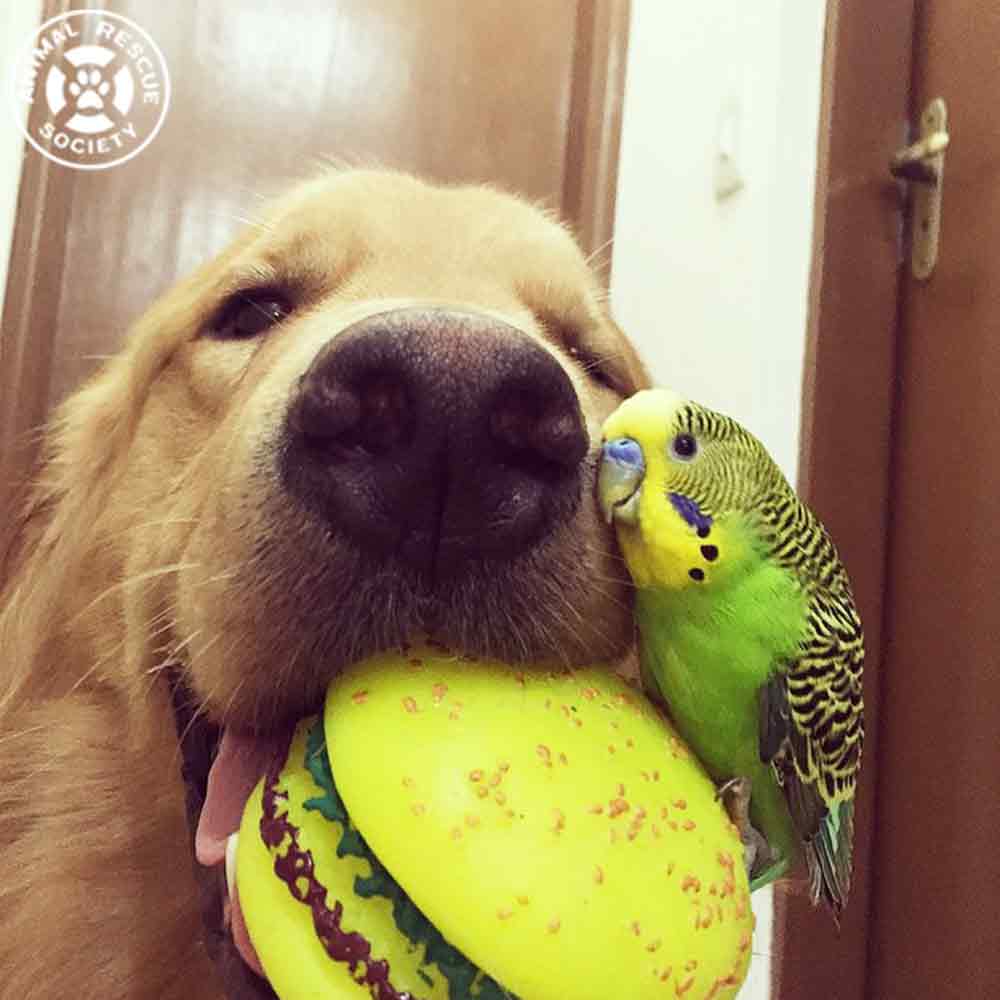 Bob considered himself a protector of sorts, using his size to look out for his little friends. But protecting was not the only thing Bob did with the eight birds and a hamster. 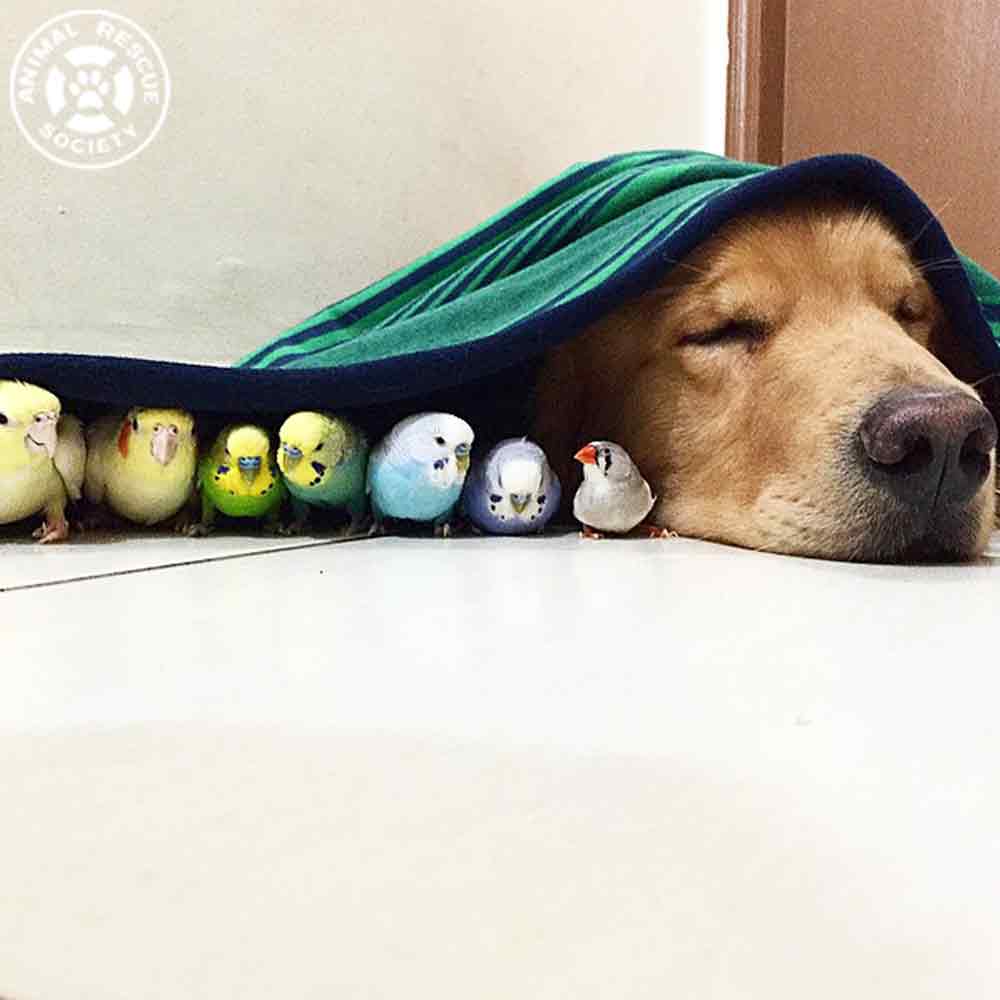 Not only would Bob pose for photos with his friends. He would also cuddle, go on long walks, play and even sleep with them. Wherever they went, the ten animals were always together. 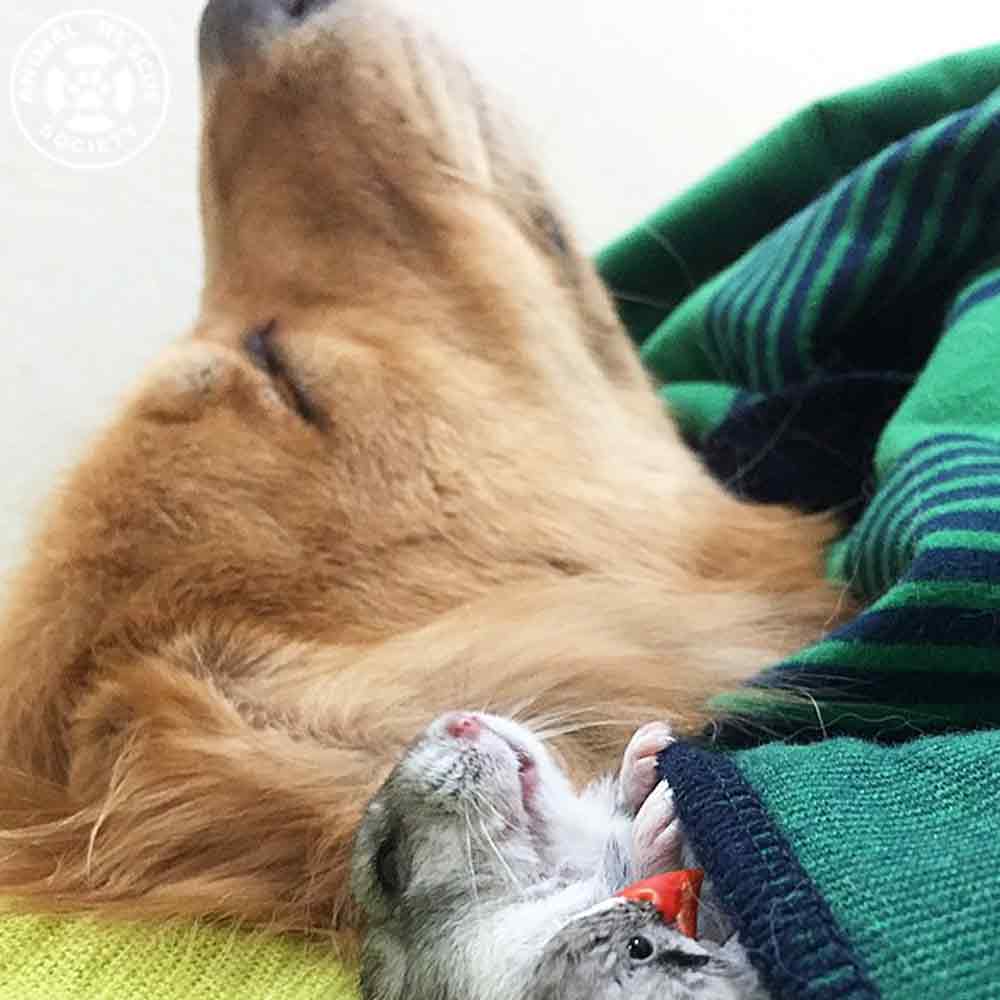 If you are looking for an overload of cuteness, check out these adorable photos Bob the Golden Retriever’s owner took of his fur and feather babies relaxing and playing together. 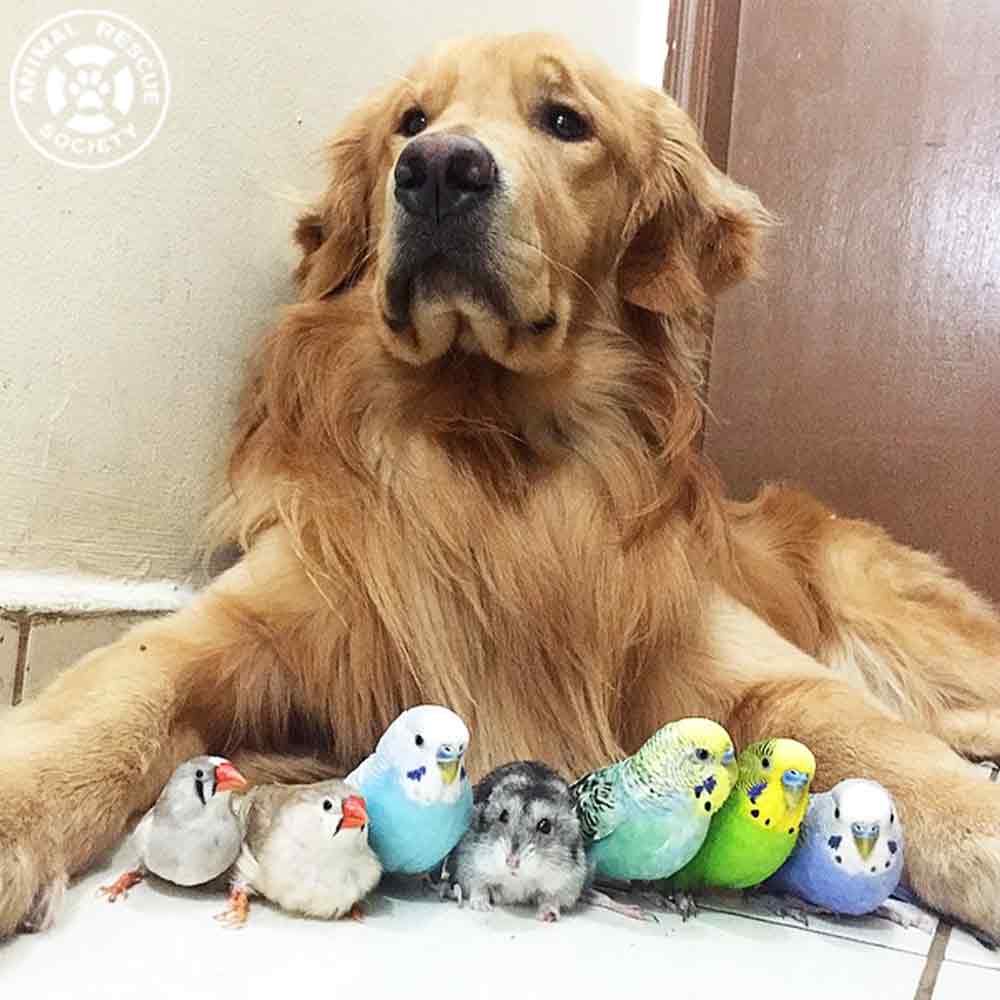 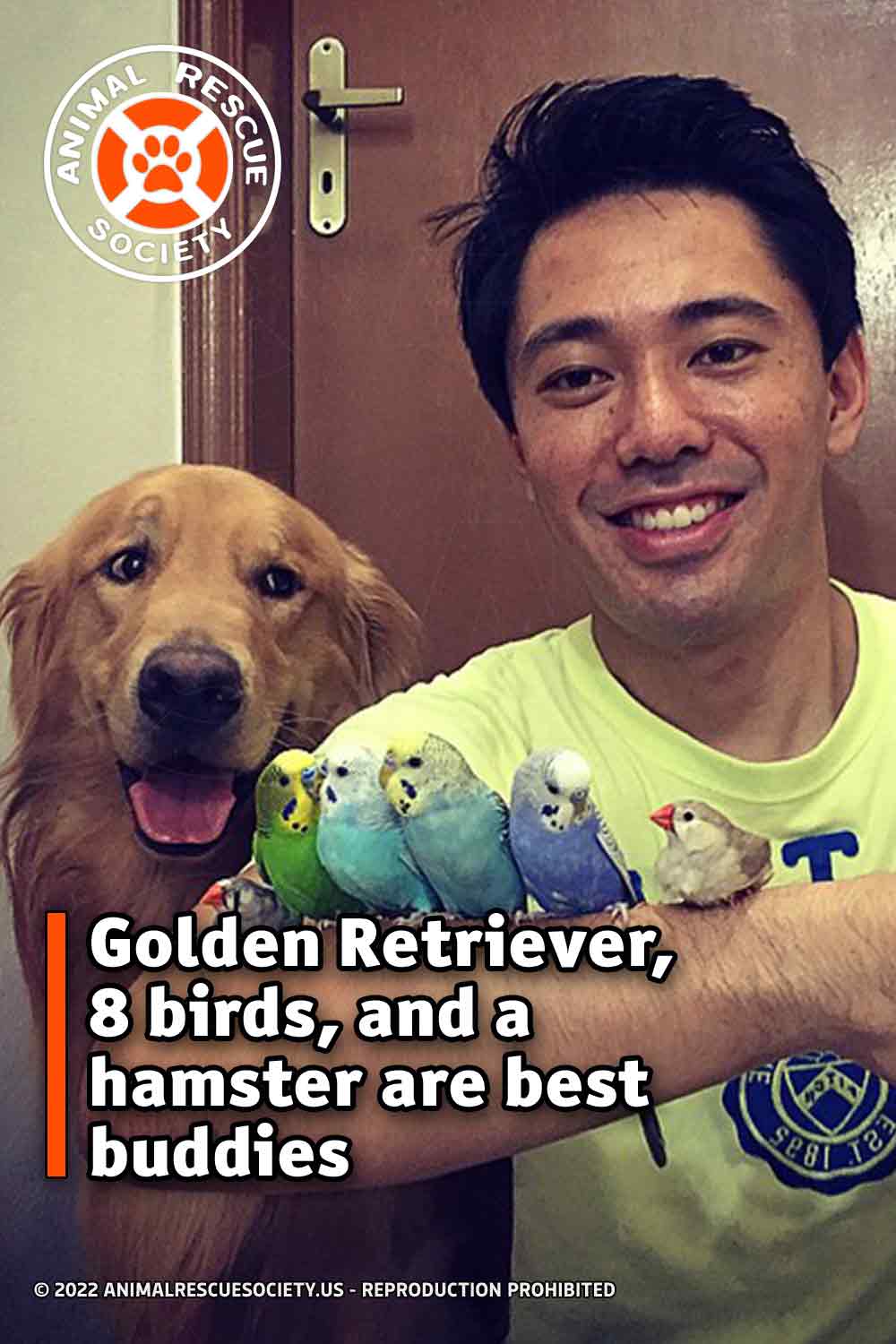