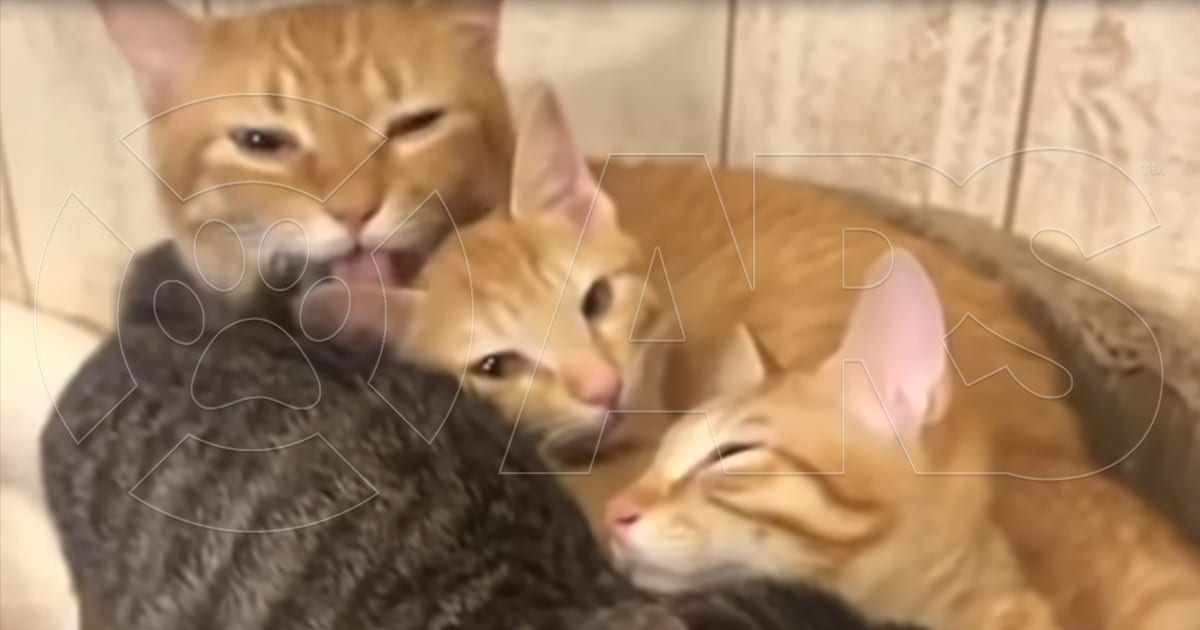 When Marimon from Kanagawa, Japan went for a walk in her local park she came across a stray kitten who she estimated to be about two months old, or possibly younger. Knowing that the only cat who lived in the park was already spayed, she assumed the small ginger tabby to be all alone and abandoned, so she took him home to care for him.

She got him medicine for a respiratory infection and treated him for a flea infestation, and then began feeding him food mixed with kitten formula. Once the little feline finished eating, he began meowing insistently. She set him up with a playpen bed for sleeping at night but overnight he cried incessantly, inspiring her resident cats to come and sleep next to him to help comfort the inconsolable baby.

After a few nights of the same routine, something about the kitten’s cries made Marimon wonder if there might have been other kittens in the park – siblings that she had missed. The possibility led her to return to the park and conduct a search for more little ones. Sure enough, quickly into her search, she found two more little tabby kittens of the same age.

These two suffered the same ailments as the first kitten, so they received the same treatments, and then Marimon took them home to see how they would respond to the kitten waiting there. The three had been separated for three days and were clearly very happy to be reunited. Now that they are together again, none of them cry at night. The feline trio hopes to find a forever home where their brotherly bond can remain intact. 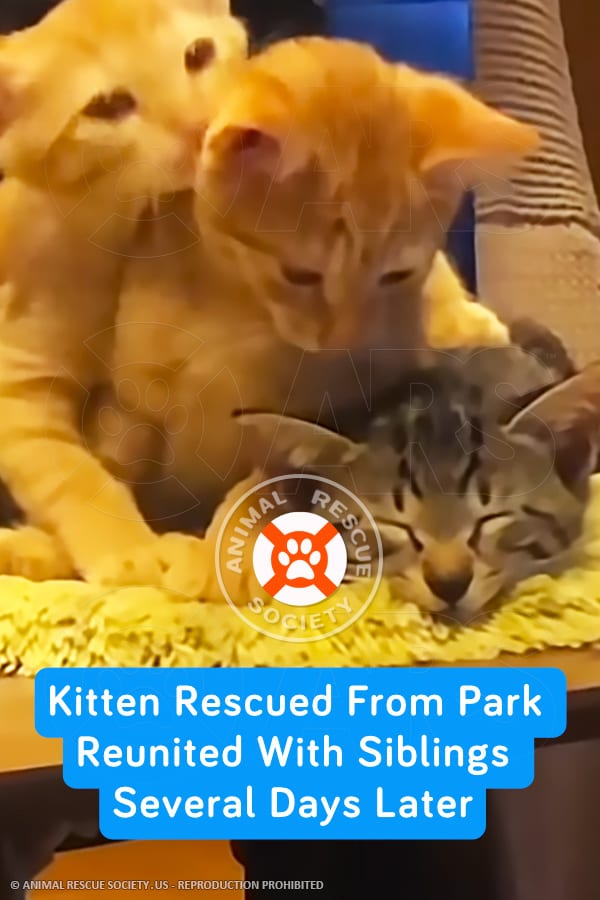