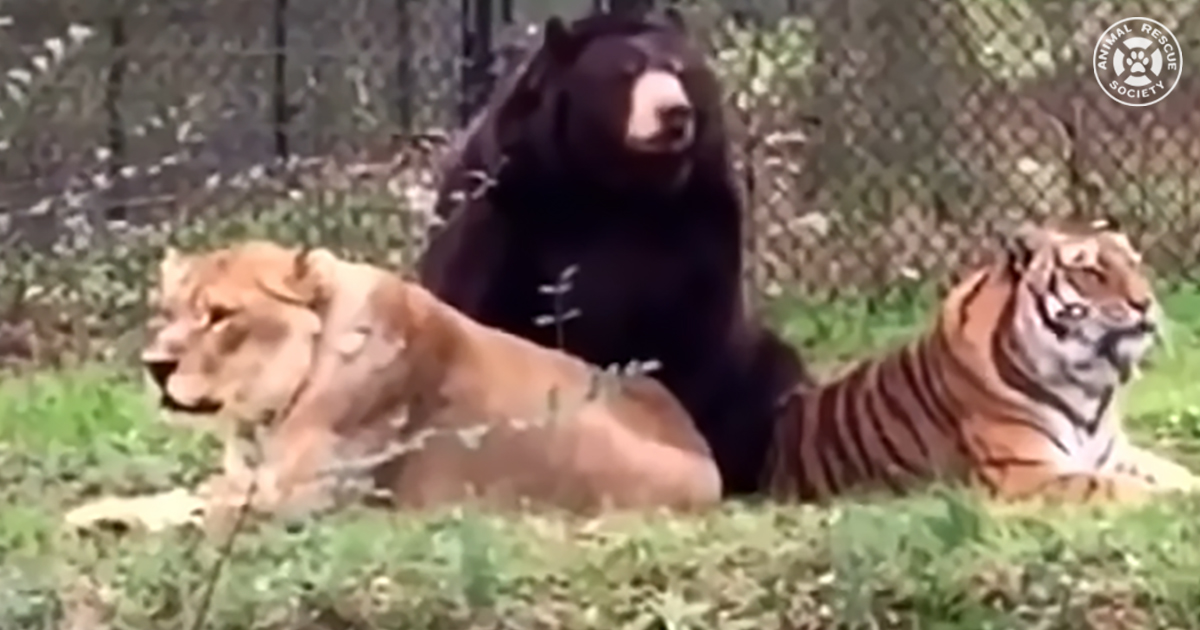 Even in some of the darkest times, friendship can come from the unlikeliest places. This was something this trio of a lion, tiger and bear found out at Noah’s Ark Sanctuary.

In 2001, rescuers found the three animals while doing a drug raid in Atlanta. All three of the cubs had been subject to abuse. Leo, the lion, and Shere Khan, the tiger, had open wounds on their noses, but Baloo, the bear, was in the worst condition.

The poor bear cub’s previous owner had tied the little one in a harness so tightly that his flesh had begun to grow around it. Rescuers from Noah’s Ark Sanctuary rushed Baloo into surgery as soon as he arrived. Fortunately, the bear made a quick recovery. 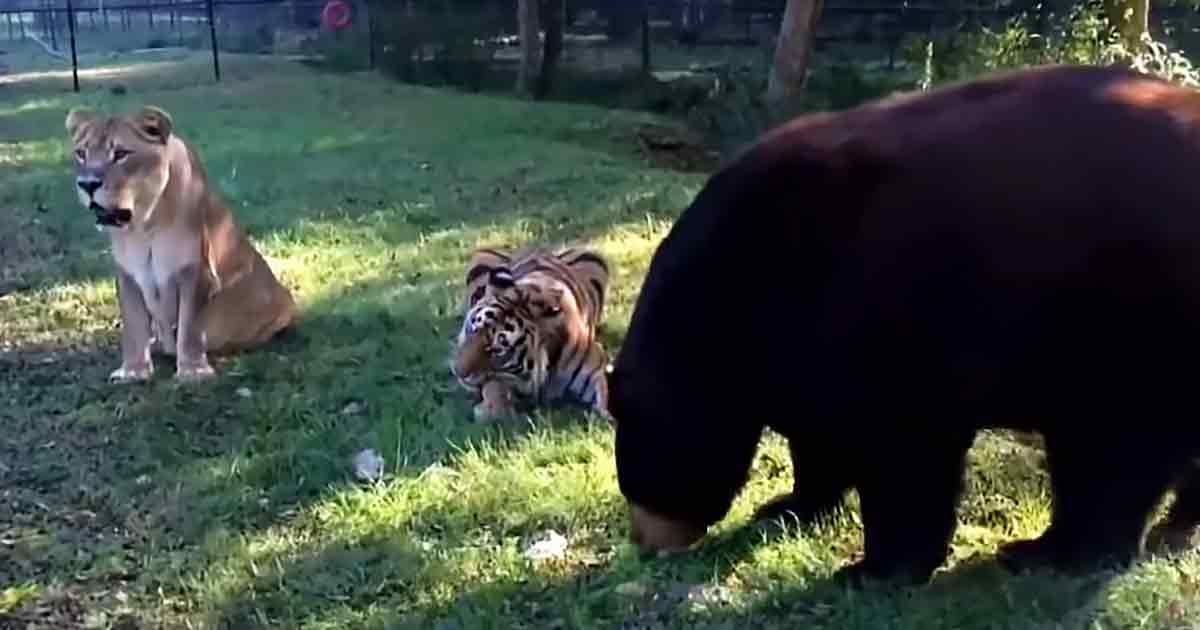 When they arrived, caretakers at the sanctuary separated the three animals, thinking they would be happiest in their own enclosures. But the babies would not stop crying for their friends, so the caretakers kept the trio together.

Unfortunately, after living for so long in captivity, release was not possible for the trio. But the caretakers did everything they could to give Leo, Shere Khan and Baloo the best lives they could.

As the animals grew older, they continued to be close. And when caretakers built them a “club house,” the trio would sleep together in the room, piling on top of one another.

In the wild, this kind of relationship would not have been possible, but against all odds, the trio had found one another. “They just know each other and they love each other,” said Jama Hedgecoth, the founder of Noah’s Ark. “They’re truly a family.” 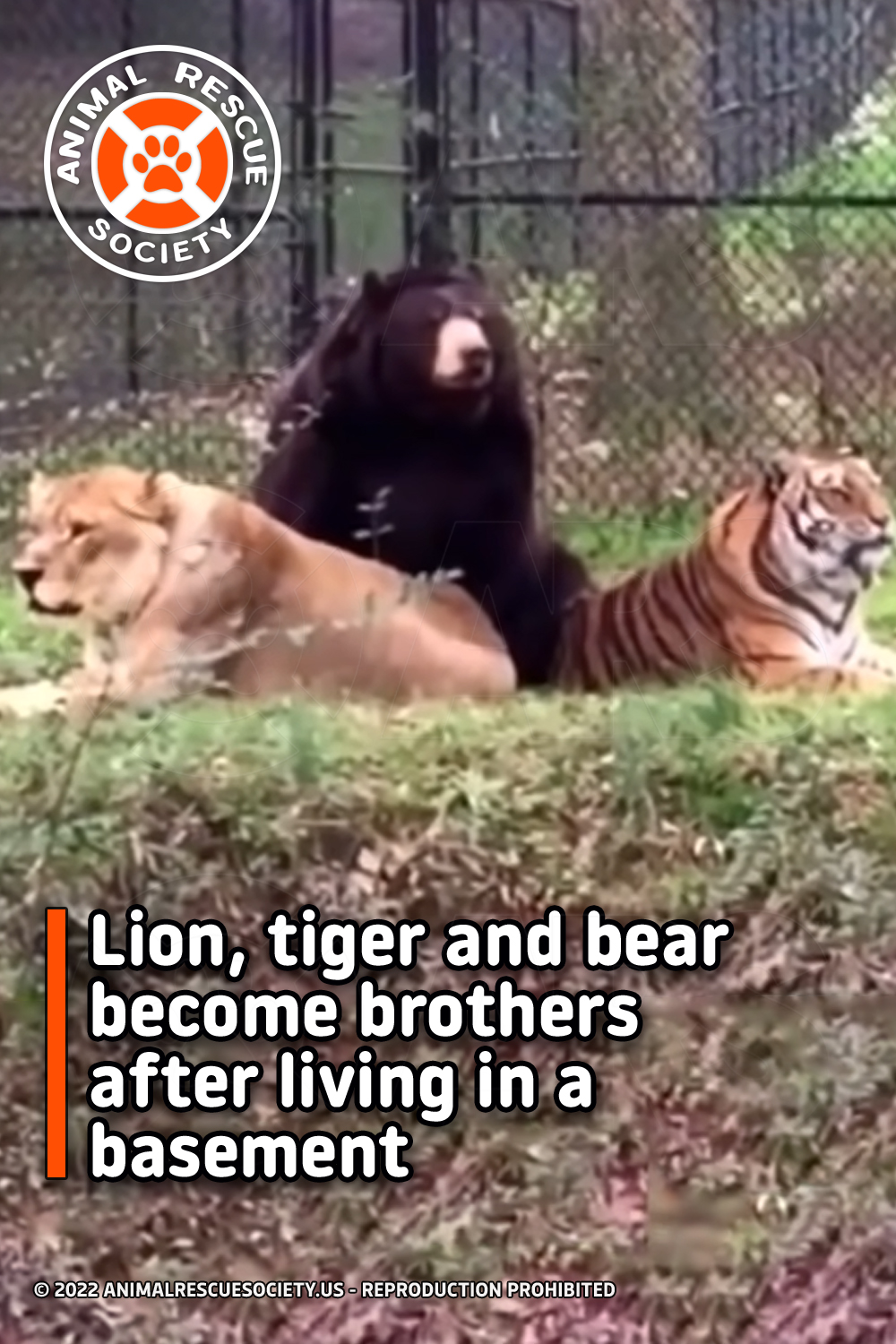