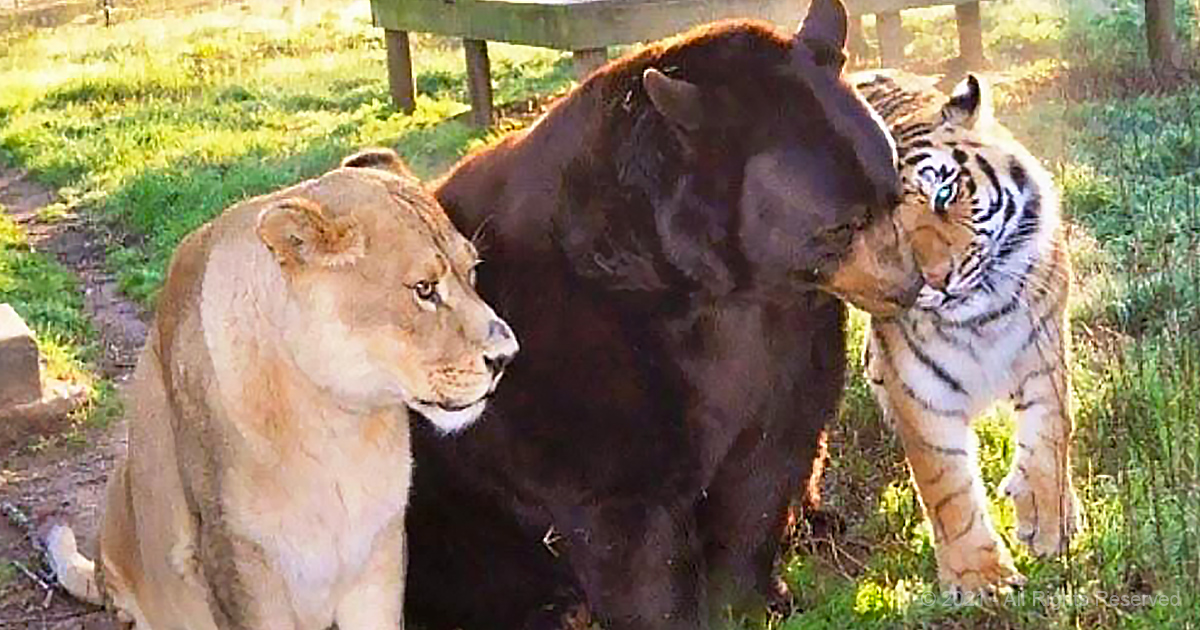 Noah’s Arc Sanctuary was home to a lion, a bear, and a tiger who lived together as best friends for over fifteen years.

Police in Atlanta, Georgia, found a lion, tiger, and bear cub in a drug dealer’s basement. They took them to an animal shelter for rehabilitation.

As the cubs healed from their wounds, the keepers noticed the animals always wanted to be together. They had bonded because of their traumatic rescue.

Even as adults, the three large mammals needed to be near each other all the time. They ate together and played in their new home.

For the rest of their lives, the lion, tiger, and bear live as friends at the Noah’s Arc Animal Sanctuary, sharing the same three-acre habitat.

The animals lived together for about fifteen years. The tiger and the lion eventually died, but the shelter workers try to keep the bear entertained. 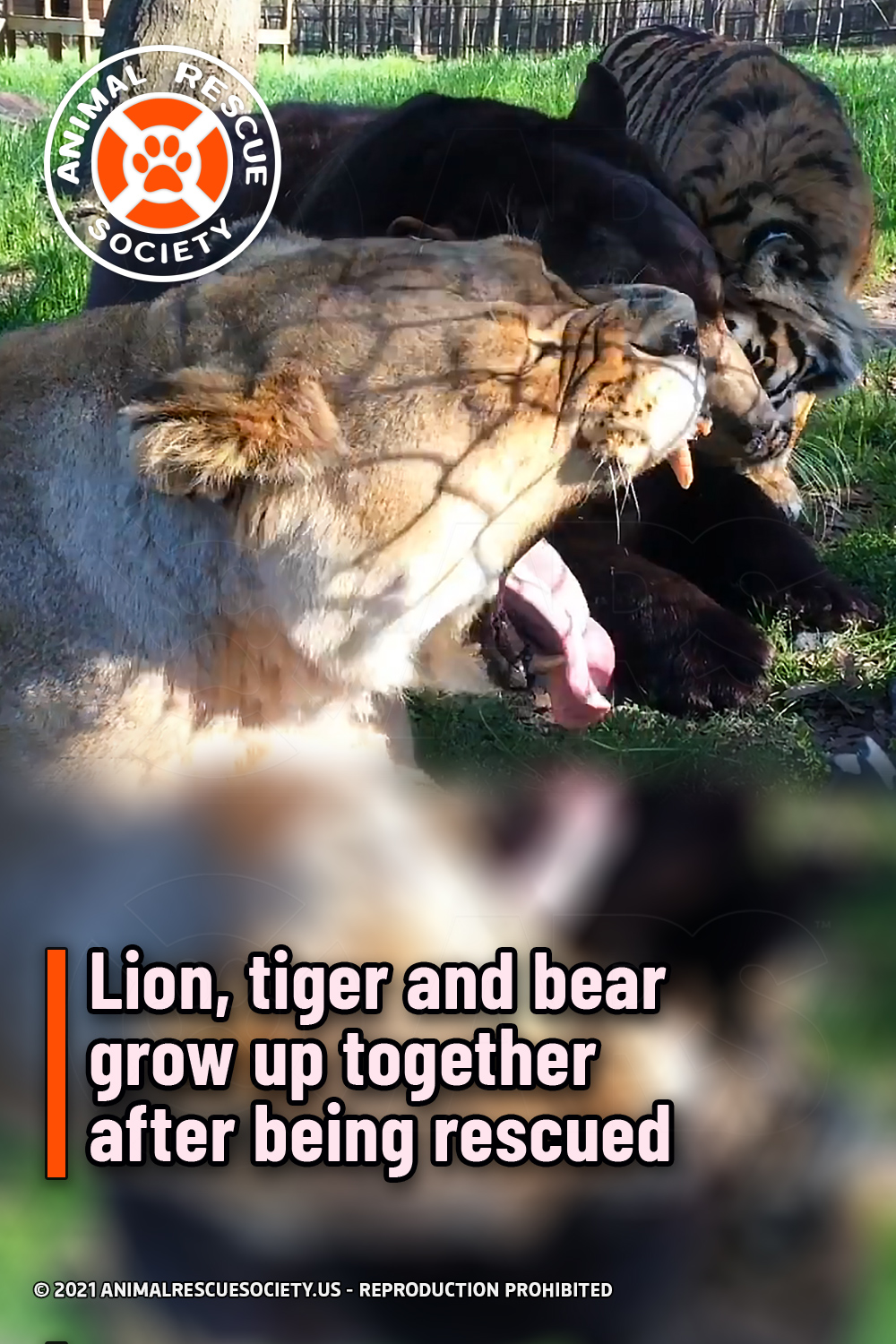