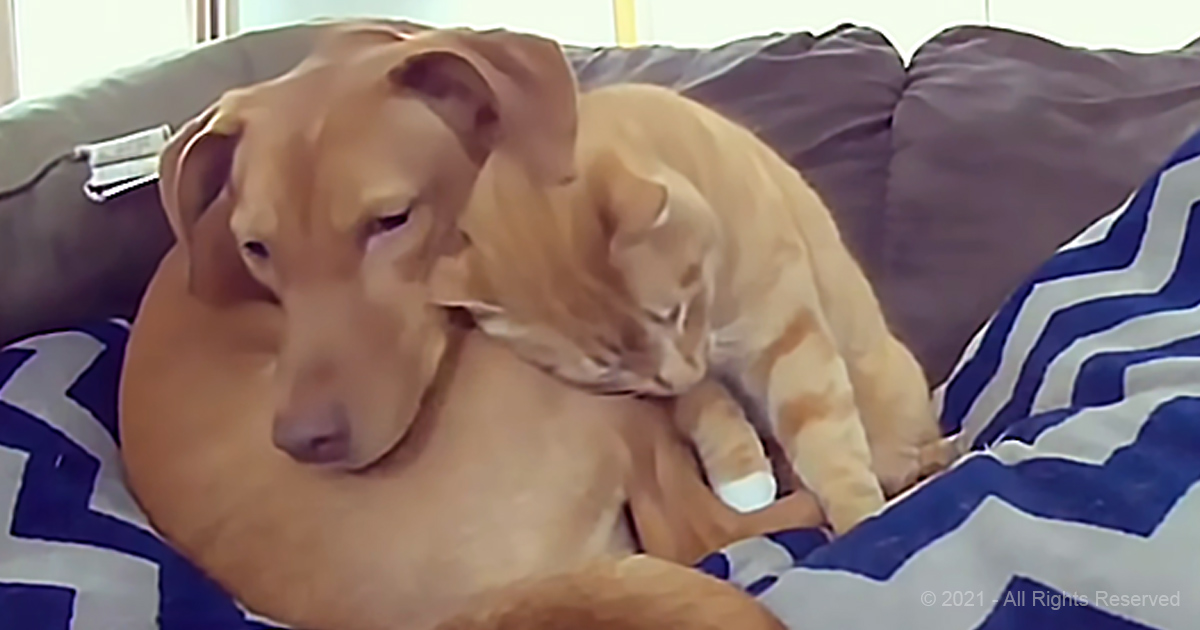 Whenever Vizla-mix Joule sees her parents leave for work she gets anxious. Fortunately, Kelvin, the cat is always there to calm the nervous dog down with constant snuggle sessions. Now they are constant couch cuddle partners, and whenever Joule gets anxious Kelvin arrives to purr her cares away with a snuggle.

Joule is a Vizla-mix with a nervous personality. She hates it when her parents go to work, and gets very anxious. Her parents knew this and set up a camera to see how she handled herself while they were away. What they saw surprised them because instead of being anxious, Joule received comfort from an unlikely source: The family cat.

Kelvin the ginger tabby cat has a huge heart, and just like anyone who has an empathetic personality, he wanted to help Joule calm down. So he began to cuddle with her whenever the dog started acting anxious. Soon, Joule and Kelvin were constant cuddle companions, spending their days snuggling instead of missing their parents. 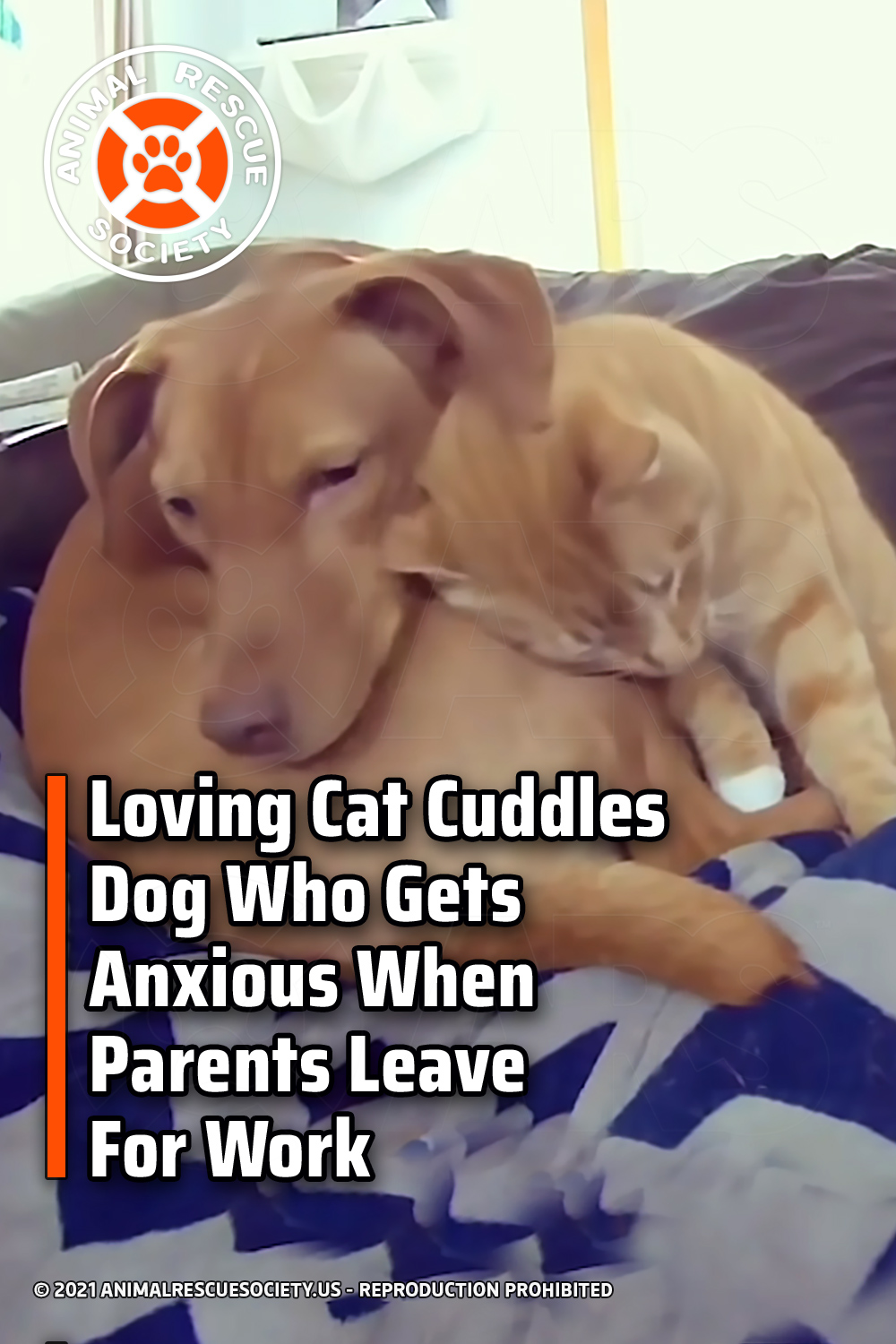