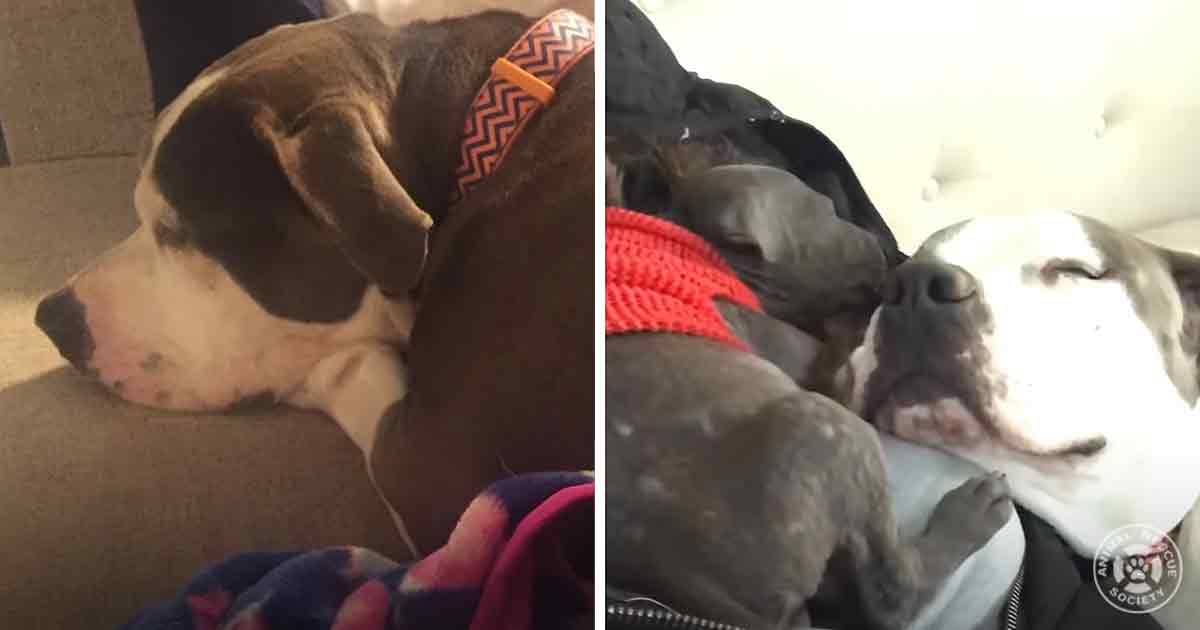 When Raisin the orphaned puppy first arrived at the rescue shelter, she was sick and had a severely infected eye. The veterinarian said he could fix her, but he worried that no one would want her after he did.

But she was not the only dog struggling. A mama Pittie named Daya had a complication in her birth, and she was unable to have the babies she had been expecting. The rescue group knew Daya was having trouble accepting that she was not a mom.

The rescue group for Daya and Raisin thought that these two dogs would be able to help one another heal from their similar losses. Shortly after they put out the call to foster families, Katie and Nick Loveluck answered the call.

When Raisin and Daya arrived at the Loveluck’s home, the two became close as soon as they met one another. “Daya was just immediately very receptive to the puppy,” said Katie.

When Raisin reciprocated Daya’s affection, Katie and Nick knew that everything was going to be alright. “We were done and we were like, ‘We know this is gonna work. This’ll be great,’” said Katie.

Thanks to Raisin, Daya started healing from her loss. “She had her own baby, and she took care of that baby,” said Katie. “It didn’t seem to me at all like she was really struggling anymore.”

With Daya healed and Raisin doing better, Daya went back to her original foster mom, and Katie and Nick realized something. “I think I was lying to myself from day one,” said Katie. Shortly after Daya left, Katie and Nick decided to officially adopt the adorable puppy into their home. 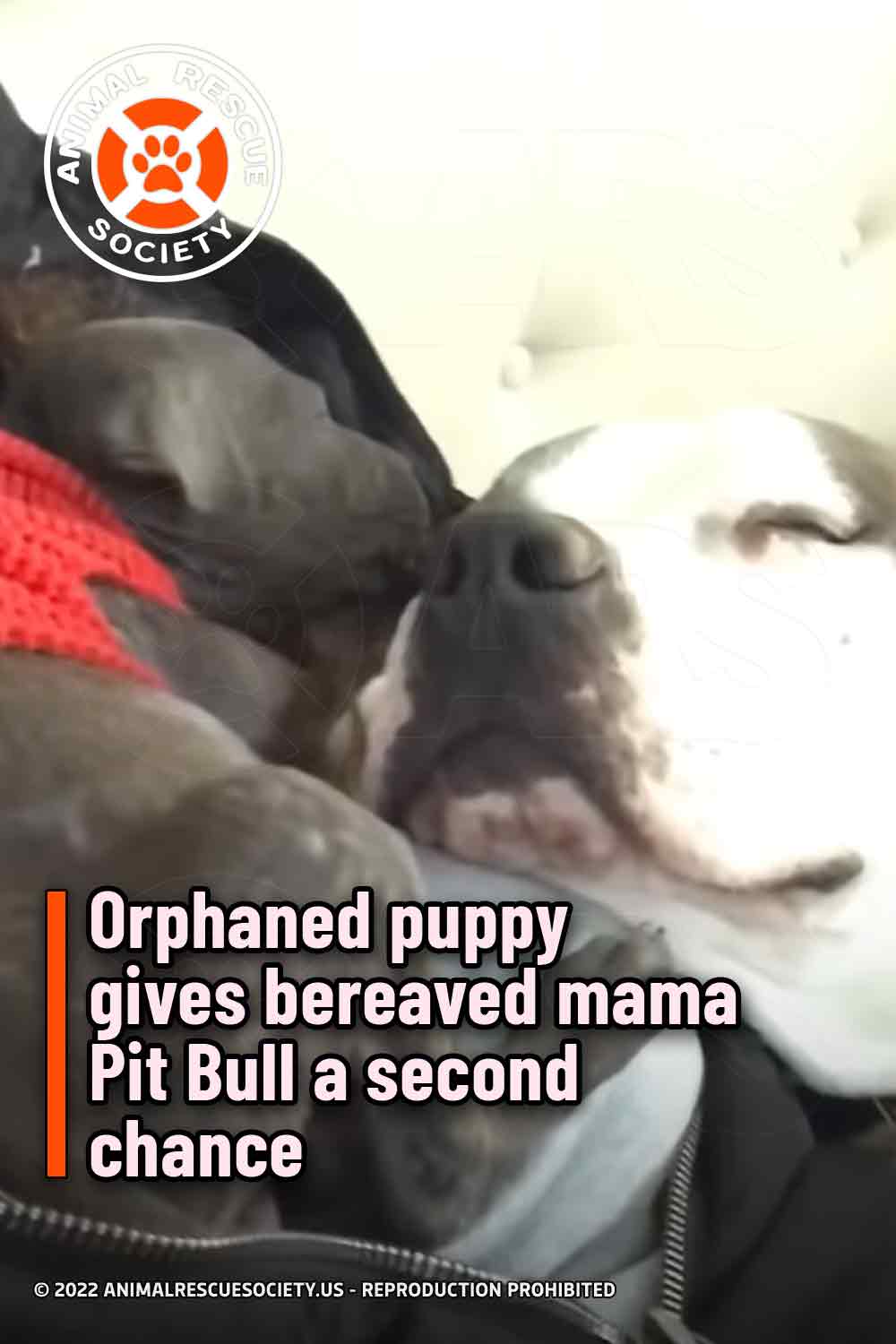