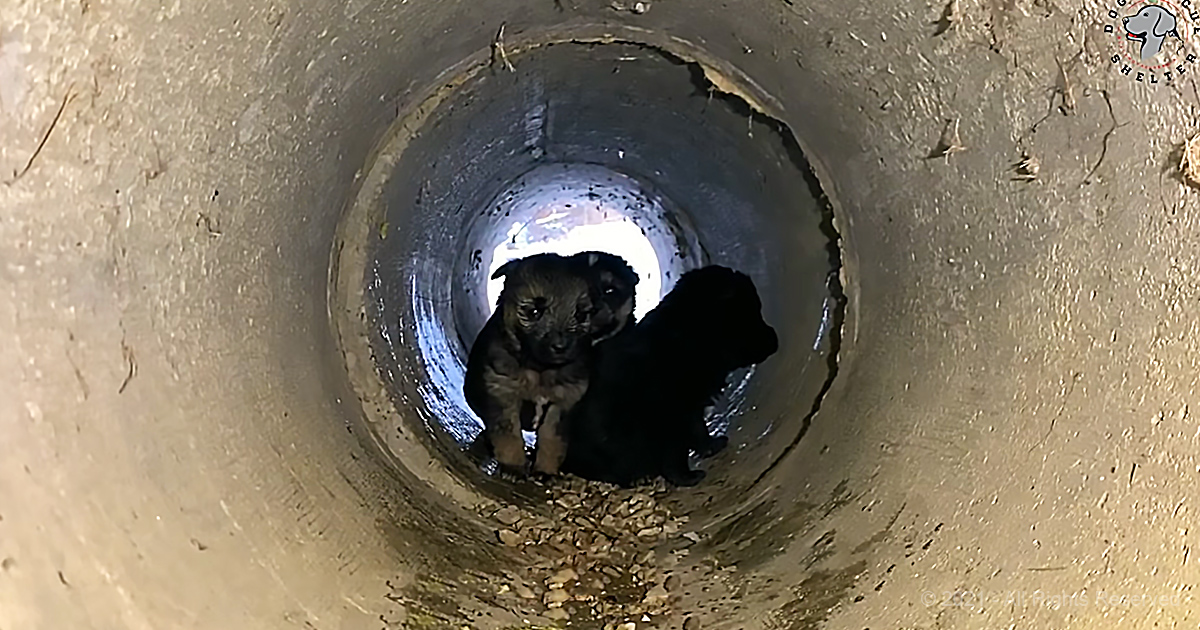 Rescuers didn’t know they would find three puppies inside a drainpipe when they responded to a call about a dog coming nervously in and out of the pipe as cars passed her on the side of the road.

When rescuers arrived, the dog immediately ran to them without any concern and accepted a quick moment of attention. When one rescuer took a second to check the pipe, he found three of the dog’s puppies hanging out inside, trying to stay warm and safe.

The babies were too nervous to come out of the pipe and instead huddled together towards the far end, making sure they were out of reach. The rescuers knew they had to do something to get the whole family to safety. They helped the mom dog back into the pipe, hoping she would guide her pups out when they called for her again. The attempt didn’t work.

“Don’t worry mama, we’ll bring you your babies very soon,” said one of the rescuers after placing the dog safely in their vehicle. “You’ve got such beautiful eyes.”

As the night grew closer, the men grew more desperate to get them out. They tried dropping food in front of the opening, but the puppies weren’t intrigued enough to get over their fears. Next, they attempted to scare the pups to one end of the pipe by threading a large branch through the other end. The puppies whined, but the men were able to pull them to safety using a broom. At the end of the night, they were brought into the shelter for safety and care. 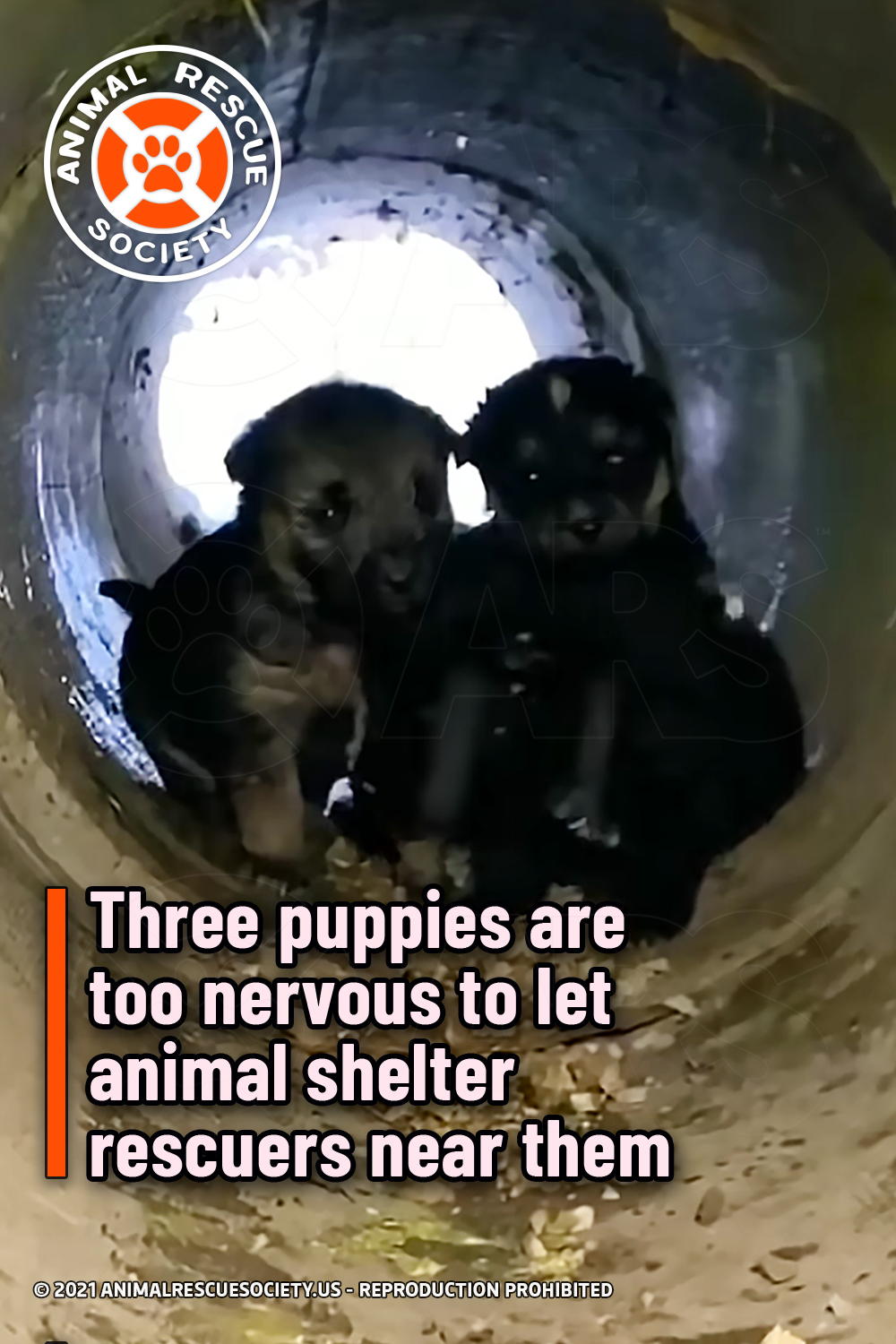