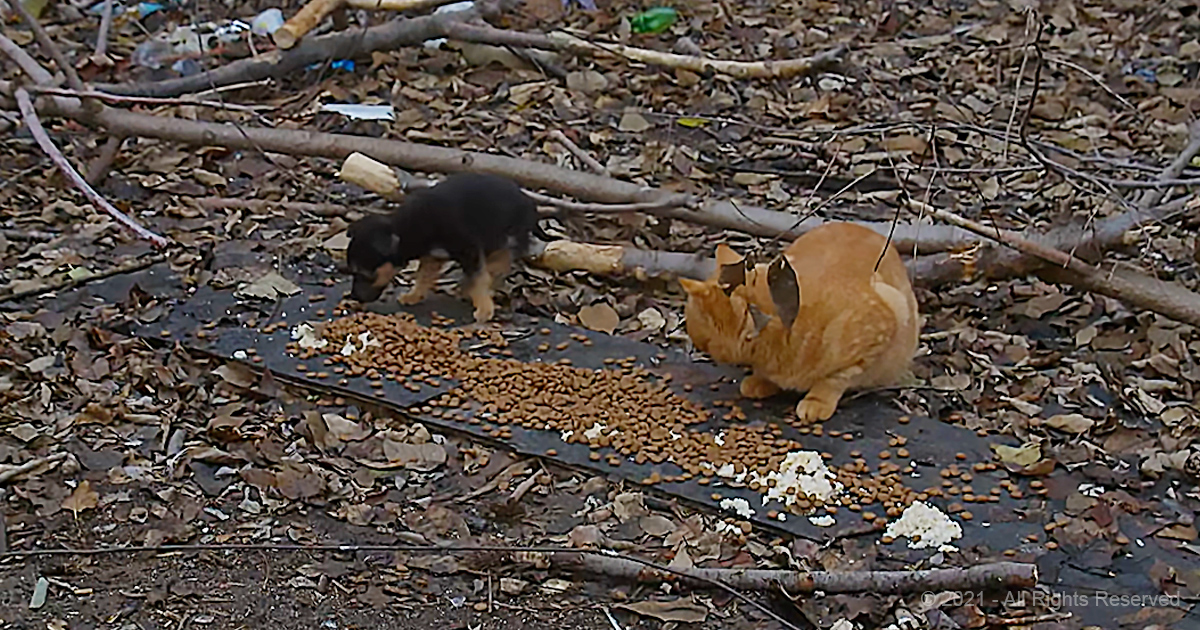 Your eyes aren’t playing tricks on you. One of those cats isn’t a cat. it’s an abandoned puppy that has been taken in by the cats.

A park doubles as a cat shelter where volunteers regularly feed, sterilize, and check on over 100 cats. From time to time the cats are adopted out.

It’s a noble project that has had only one drawback: families looking to dump their cats will do it at the park since they know there are food and shelter there.

One morning, there was more than just meows in the mix. The box where the cats sleep together produced a small puppy. He had been snuggling up with the cats.

Workers looked around for any sign of a dog family, but there was none. The puppy was on his own. He must have been dumped there by his humans.

A few checkups and good love and care later, he was in better shape and he found his forever home in a short time. 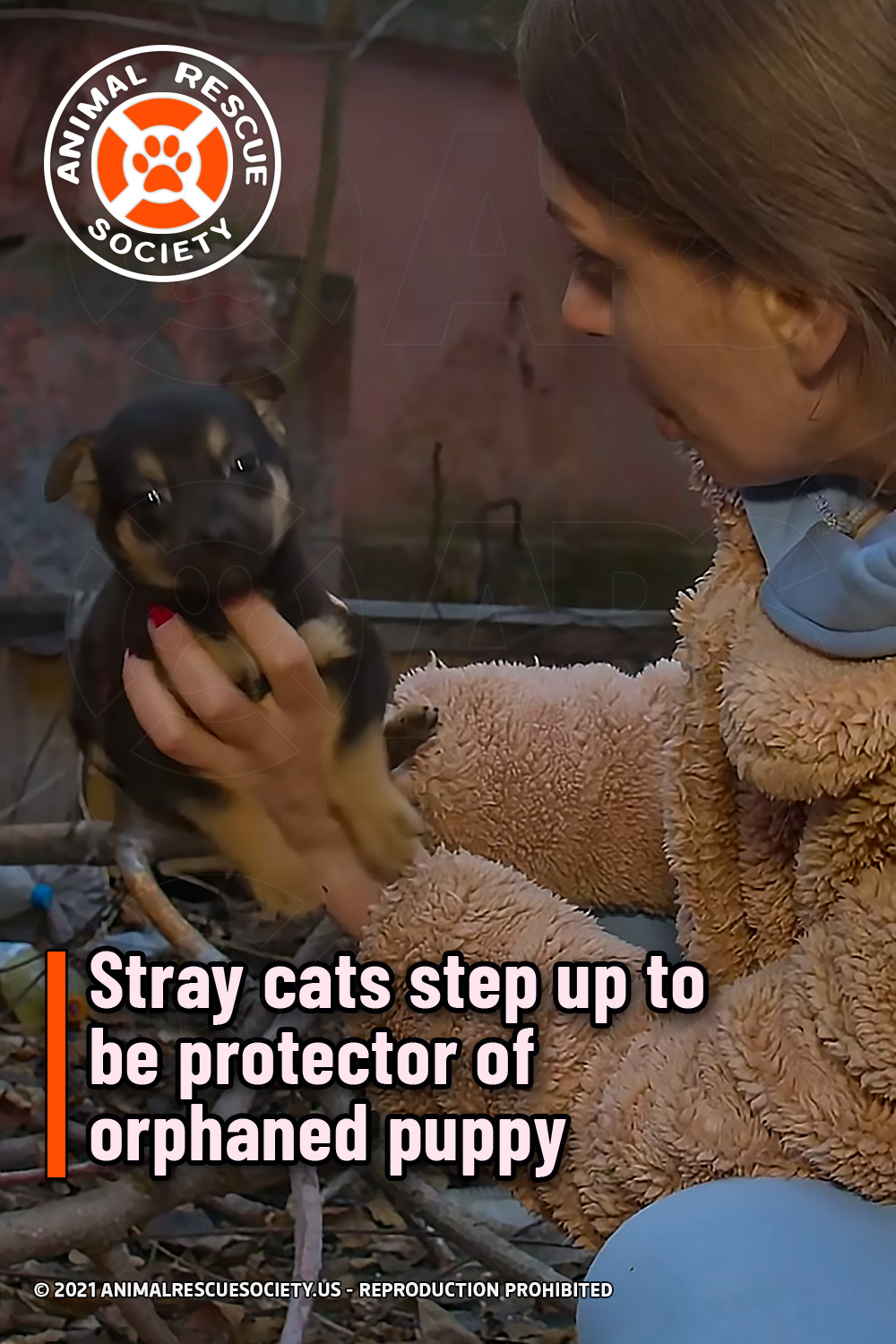