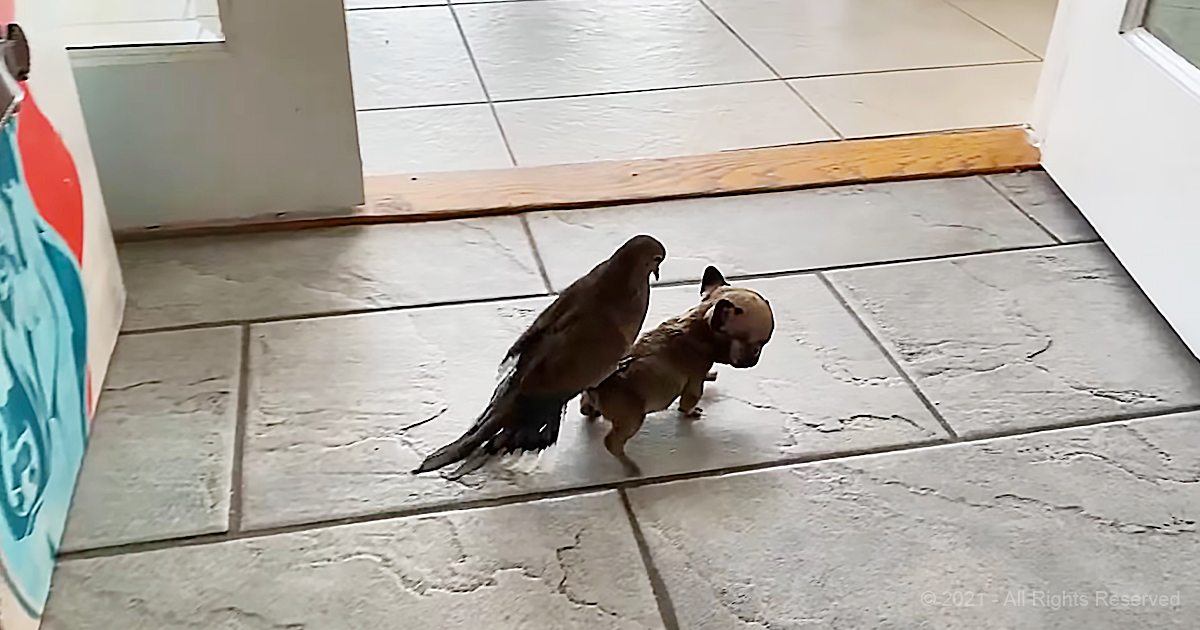 Alfie is so small that Lovey that mourning dove just might think he’s another bird! Together, this puppy and dove have the sweetest moments of friendship.

Sometimes, the best friendships come from the most unlikely of places. That was the case with Lovey, the orphaned mourning dove, and a small puppy named Alfie. They love to spend their days together.

When Lovey was just a chick, her nest was moved by some construction workers. Her mother stopped returning to the nest, so the workers called on Sue Rogers to take the baby bird in until it could live on its own.

Now, Lovey is a semi-permanent fixture in her home. The dove refuses to leave, and always returns when Rogers tries to put her outside. Unfortunately, she wasn’t able to socialize or play with the other animals – until Alfie arrived.

Alfie, at 8 weeks old, weighed just a few ounces. Despite numerous medical conditions, including a cleft palate and hydrocephalus, he is becoming more adventurous – thanks, in no small part, to Lovey the dove.

They have their own special language when they play. Lovey coos at Alfie and Alfie runs as best he can with her. Sometimes, Lovey even hops on Alfie’s back for a piggyback ride around the house 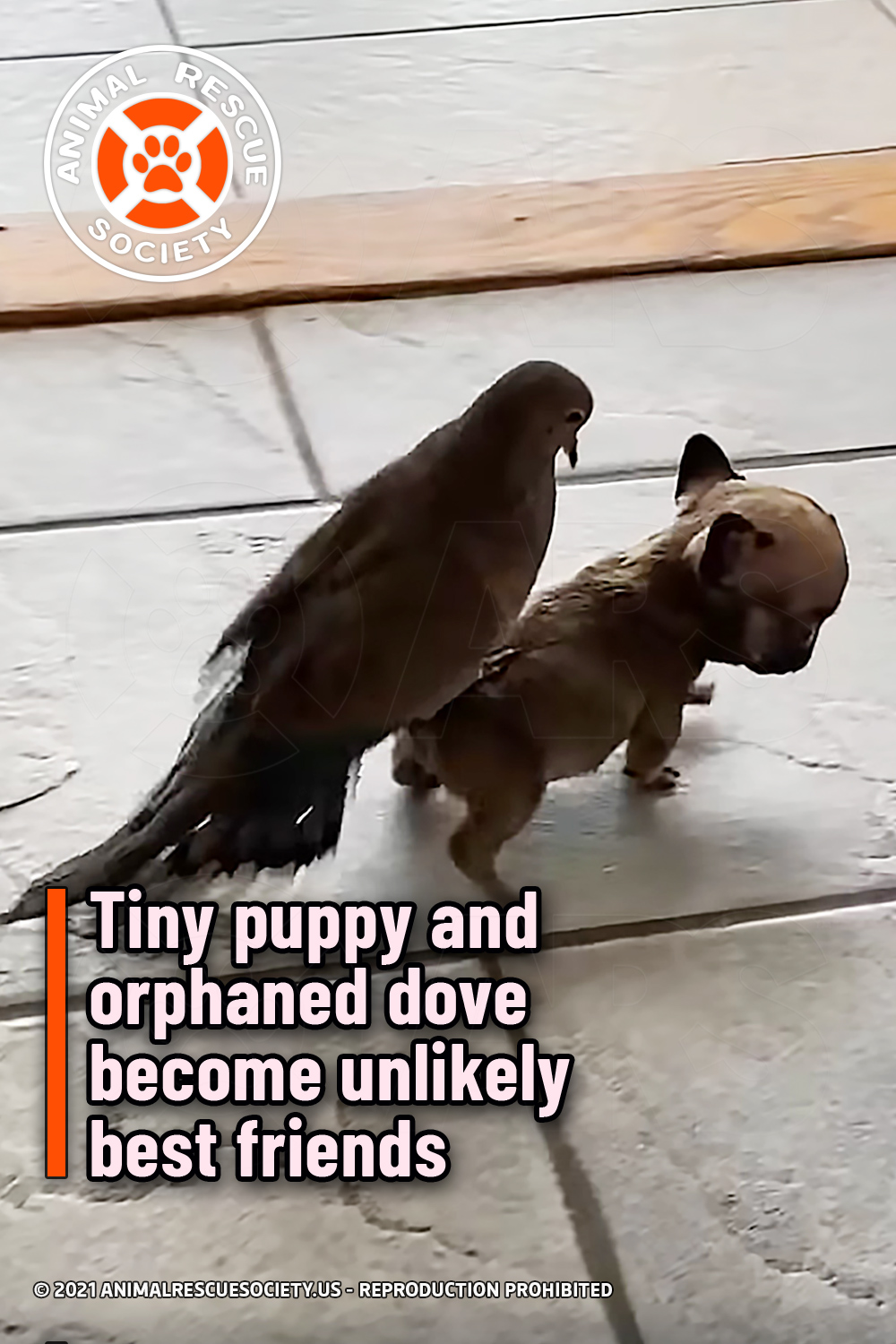