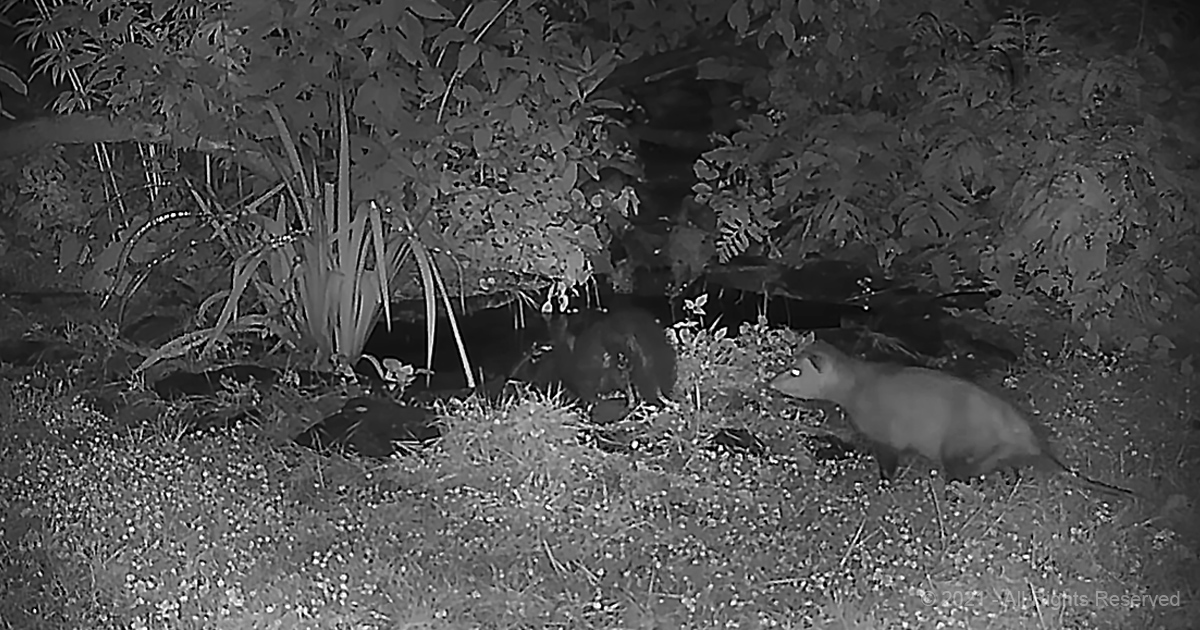 No one expects an opossum to play nice. In this special trail cam footage, the world gets to see some truly remarkable video.

Skunks are cute, but their smell is… well, skunky to put it succinctly. Their smelly defense makes them a formidable opponent.

But even though skunk aroma is legendary, we still can’t help but fall in love with these adorable characters. How else can you possibly explain our love affair with the affable Pepé Le Pew of Warner Brothers fame?

Still, some skunks get a bad rap. And that may have been the core reason for this unprovoked prank that was caught on video. Trail camera footage caught a skunk quietly lounging by a pond. As he looked off in the distance, he didn’t have a single care in the world.

That was up until the point a rogue opossum ran by and shoved him in the pond. As the skunk emerged from the water, there was a moment of reflecting on his choices in life.

That may have been a polite way for the animals of the forest to tell the skunk he needed a bath. The video has gone viral and was even the recipient of a Trail Cam reward. Lessons have been learned, and hopefully, the skunk will keep up with his hygiene. 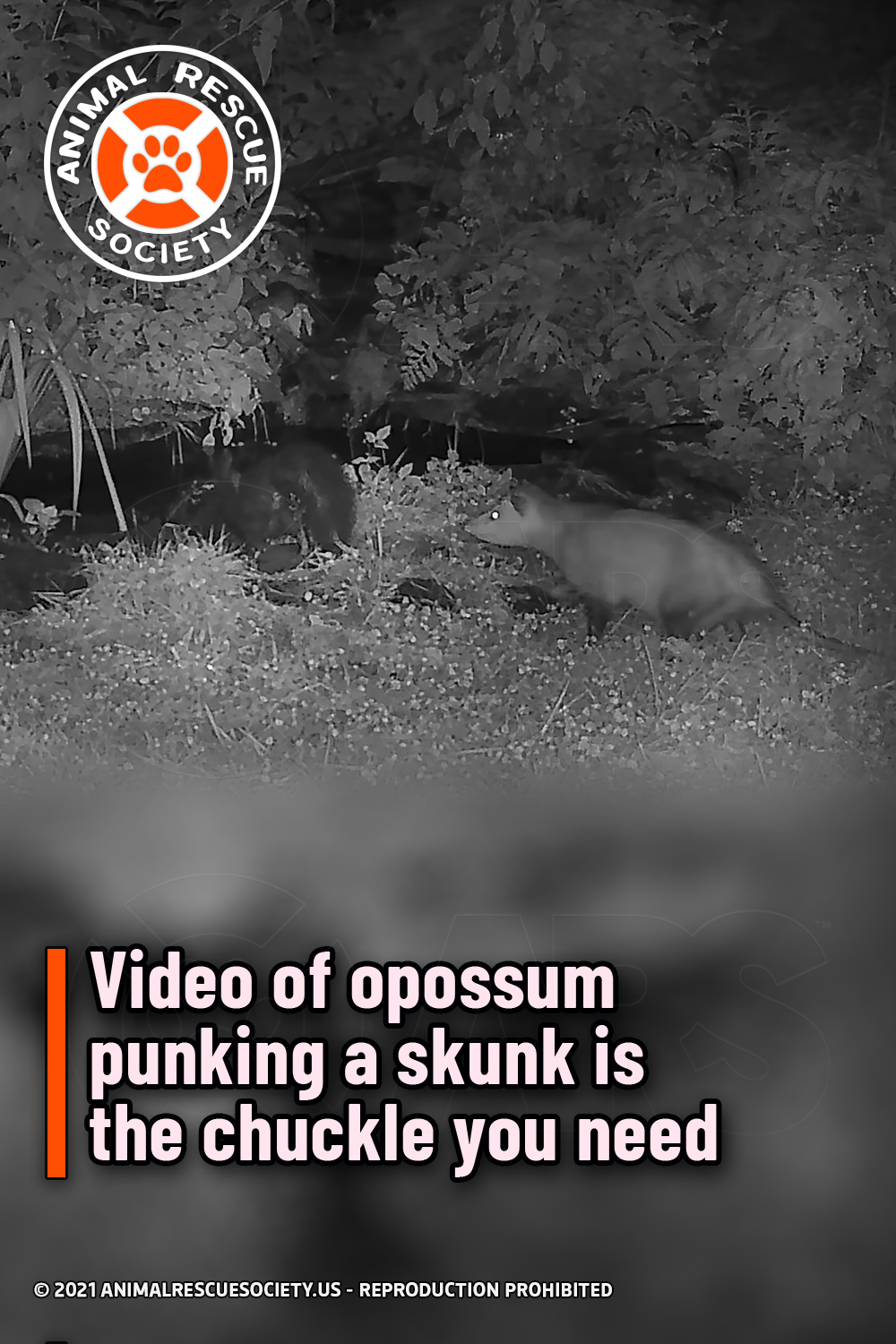