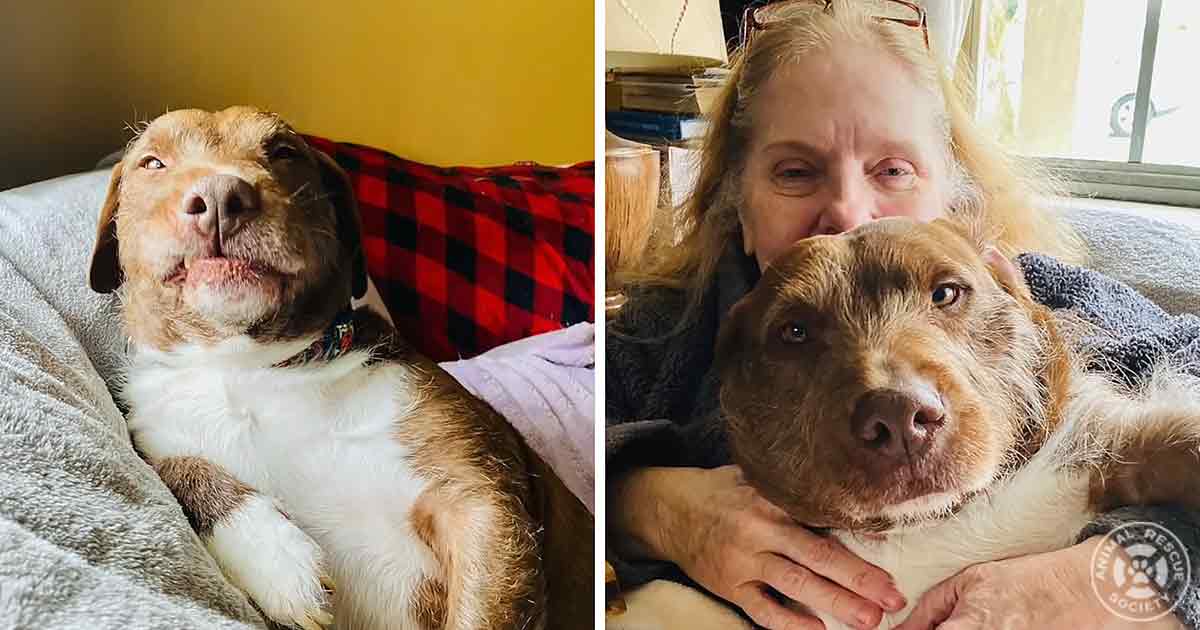 When most people bring home an animal, they do their best to make sure it is for life. But every once in a while, a dog has to be surrendered, and that was what happened to the dog, Hank.

Fortunately, it turned out that being surrendered was the best thing that could have happened to Hank because it brought him into his forever home with his new mom, Jennifer.

For anyone who knew dog breeds, Hank was an enigma. He had the head and chest of a big dog and the stature of a small dog. “His legs were six inches long and his chest was nine inches wide,” said Jennifer.

While most people would wonder what breed Hanks was, Jennifer was unconcerned about what her fur baby was. “I didn’t do the DNA test,” she said. “I dunno if I care to know [the breed].”

As far as Jennifer was concerned, Hank was just Hank, and that was just fine. “He has been one of the absolute most amazing dogs,” said Jennifer. “He’s Hank, and he’s one of a kind.”

But at his new home, Hank was known for more than just his eccentric body type. “He thinks he’s funny,” said Jennifer. “And you can tell that because he smiles when he runs, and he does things just to make us laugh.”

It took time for Hank to come out of his shell, but for Jennifer, he was more than worth the effort. “Watching him blossom into the big personality he is now, is something I’ve never experienced before,” said Jennifer.